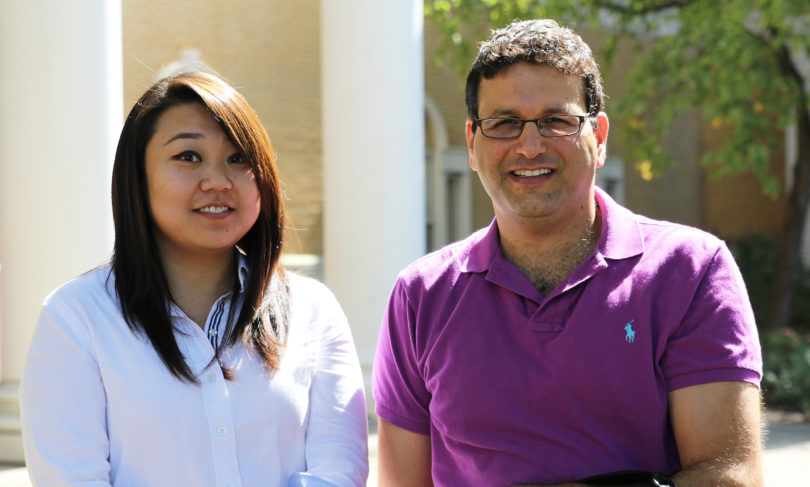 Athens, Ga. – Newly immigrated Hispanic youth who experience significant levels of bicultural stress—pressure from both their native and adopted cultures—are more prone to alcohol abuse, according to researchers in the University of Georgia College of Family and Consumer Sciences.

A team of researchers, including two from the college’s department of human development and family science, analyzed a longitudinal data set of 302 Hispanic adolescents living in Miami and Los Angeles. The teens in the study had immigrated to the U.S. within the previous five years and were interviewed every six months for three years.

Efforts to balance the stress associated with their native culture and the U.S. culture appeared to invite identity confusion and alcohol misuse, suggested the study, which was published in the Journal of Youth and Adolescence.

“We tend to view acculturation stress as coming from the hosting dominant culture,” said the study’s lead author Assaf Oshri, an assistant professor at UGA. “In fact, immigrant youth often have two or more cultural identities they are trying to embrace at once, leading them to experience dual stress, called bicultural stress.

“Enduring bicultural stress during adolescence—a vulnerable developmental phase in which adolescents are still forming their own identity—places them at risk for participation in risk behaviors. We found that bicultural stress disrupts their identity consolidation over time, which leads to increased expectations that getting engaged with alcohol use would help them alleviate or cope with this stress.”

It’s the disruption in the identity formation process that is critical, said Josephine Kwon, a UGA doctoral student who contributed to the article.

“If you’re not sure about yourself, you may be swayed by deviant peers in an effort to be less confused or act out or internalize the feelings of confusion about yourself,” Kwon said.

The youth studied in the sample were relatively young—the median age was 14.5 years. Peak alcohol use tends to occur between the ages of 18-20, they said.

While the researchers noted that additional follow-ups would be required to make a more long-term projection of the effects of bicultural stress, they hope the findings can be used to develop alcohol use prevention and intervention programs.

“There’s also a real-world implication here about how prevention and intervention program designers should consider designing their curriculum,” Kwon said. They should “take into account the potential of bicultural stress to negatively impact the development of self-processes and deal with that underlying issue.

“It’s important to understand there’s an underlying identity issue going on that’s related to these two sources of cultural stress.”