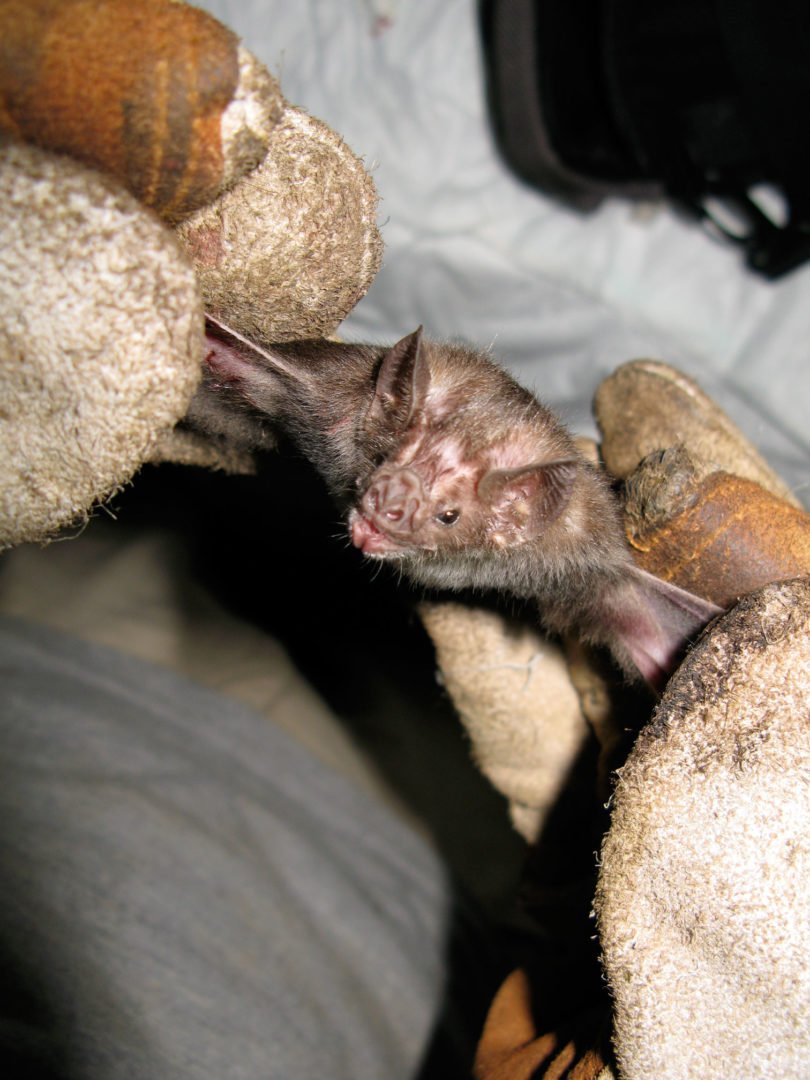 A team of scientists from the U.S. and Peru led by Daniel Streicker

Athens, Ga. – A new study of rabies in vampire bats in Peru has found that culling bats—a common rabies control strategy—does not reduce rates of rabies exposure in bat colonies and may even be counterproductive. The findings may eventually help public health and agriculture officials in Peru develop more effective methods for preventing rabies infections in humans and livestock. The study, published in the Proceedings of the Royal Society B on June 13, was conducted by a team of scientists from the U.S. and Peru led by Daniel Streicker, a postdoctoral associate in the University of Georgia Odum School of Ecology.

Rabies is a serious problem in South America. Human deaths are increasingly recognized in the Amazon rainforest, and cattle die by the thousands from the disease each year. While rabies is present in most bat populations in South America, vampire bats-the only bat species that feed on mammals’ blood—are responsible for the majority of human and livestock infections. The encroachment of cattle farming and human settlements into areas with existing vampire bat populations has only exacerbated the problem.

Since the 1970s, efforts to control the spread of rabies in Peru have focused on culling vampire bats using poison or even explosives on the assumption that if the size of the bat colony could be reduced enough, rabies virus would die out in that colony. Streicker and his colleagues set out to learn whether this was true. They also wanted to learn how the impacts of human activities, such as agriculture and culling practices, affect the rabies/vampire bat system.

The researchers set up 20 sampling sites across Peru where they took repeated blood samples from vampire bats over a 40-month period. They also collected data on the size of the bat colonies—which ranged from 16 to 444 individuals—as well as the size of the local livestock population and how often bats were culled, if at all, for each site.

What they learned surprised them. The virus was present in every colony, regardless of its size, nearly every time they sampled. “We found that rabies is there no matter what, and the size of the bat colony didn’t predict the proportion of bats that were exposed to the virus,” Streicker said. “That’s important because if there’s no relationship between bat population density and rabies, then reducing the bat population won’t reduce rabies transmission within bats.”

When they looked at the effect that culling vampire bats had on rabies prevalence, they received another surprise.

“We detected something that’s a little bit worrying,” Streicker said. “In areas that were sporadically culled during the course of the study, we saw an increase in the proportion of bats exposed to rabies.”

Colonies that were culled regularly had slightly lower rabies exposure rates, and those that were never culled had the lowest rates of all. “The next thing we have to do is understand the mechanisms for why this happens,” he said.

The researchers outlined several theories to explain higher rabies exposure in the sporadically culled bat colonies. Most culling is done by spreading an anticoagulant paste on captured bats that are then released. When its roost-mates groom the treated bat, they ingest the paste and die. This “vampiricide” is effective at killing adult bats but perhaps not juveniles, which are unlikely to groom adult bats.

“There’s some experimental evidence that bats that are exposed repeatedly to rabies may develop a degree of immunity,” Streicker said. “When you kill off the adult bats that may be immune, you’re making space for susceptible juvenile bats,” which the team found to have higher rates of rabies exposure than adults.

“There’s also something called the vacuum effect—when the adults are removed, individuals from neighboring roosts might move in to the colony to fill the vacated space,” he said. This kind of disturbance-induced dispersal has been shown to enhance the transmission of other wildlife diseases, such as bovine tuberculosis in badgers, and the same could be true for vampire bats.

Streicker is hopeful the insights gained from the team’s research, which will continue for two more years, will help Peru’s public health and agriculture officials implement science-based strategies for controlling rabies.

“We’re at the beginning stages,” he said. “Our end goal is to combine field surveillance, mathematical modeling and genetic studies to get a handle on how human activities are affecting the transmission of a wildlife disease that can also infect humans and domestic animals, with enough precision to give advice to managers.”