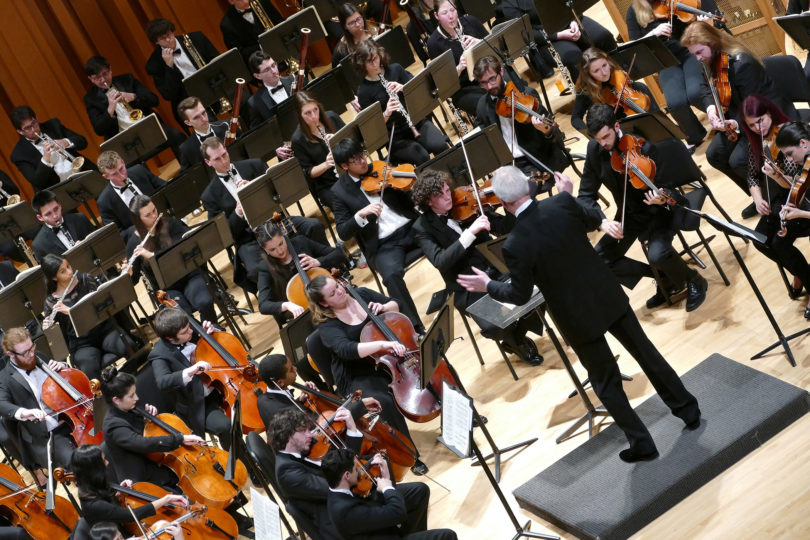 The UGASO opens its season Sept. 8 with a performance of works from Gioachino Rossini

The UGA Hugh Hodgson School of Music’s final major concert of 2015-2016 brings over 150 students from nearly every area of the school together in Hugh Hodgson Concert Hall April 22 at 8 p.m.

Tickets are $10 each, $5 with a UGA student ID and are available by visiting pac.uga.edu, calling 706-542-4400 or by purchasing at the Performing Arts Center box office.

The UGA Symphony Orchestra, directed by Mark Cedel, will be joined by the UGA Combined Choirs—the Hodgson Singers, University Chorus and Men’s and Women’s Glee Clubs, directed by Dan Bara and J.D. Burnett—for a performance of Ralph Vaughan Williams’ “A Sea Symphony.”

According to the program notes written by Steven Ledbetter, “A Sea Symphony,” approximately 63 minutes long, is Williams’ “first really large-scale work, and its accomplishment took him a full half-dozen years.” The score calls for soprano and baritone soloists, mixed chorus and orchestra.

Written from 1903 to 1909, “A Sea Symphony” began life as a choral work inspired by the works of Walt Whitman.

Setting Whitman to music was something of an English tradition from the late 19th to early 20th centuries, and Williams was a notable participant.