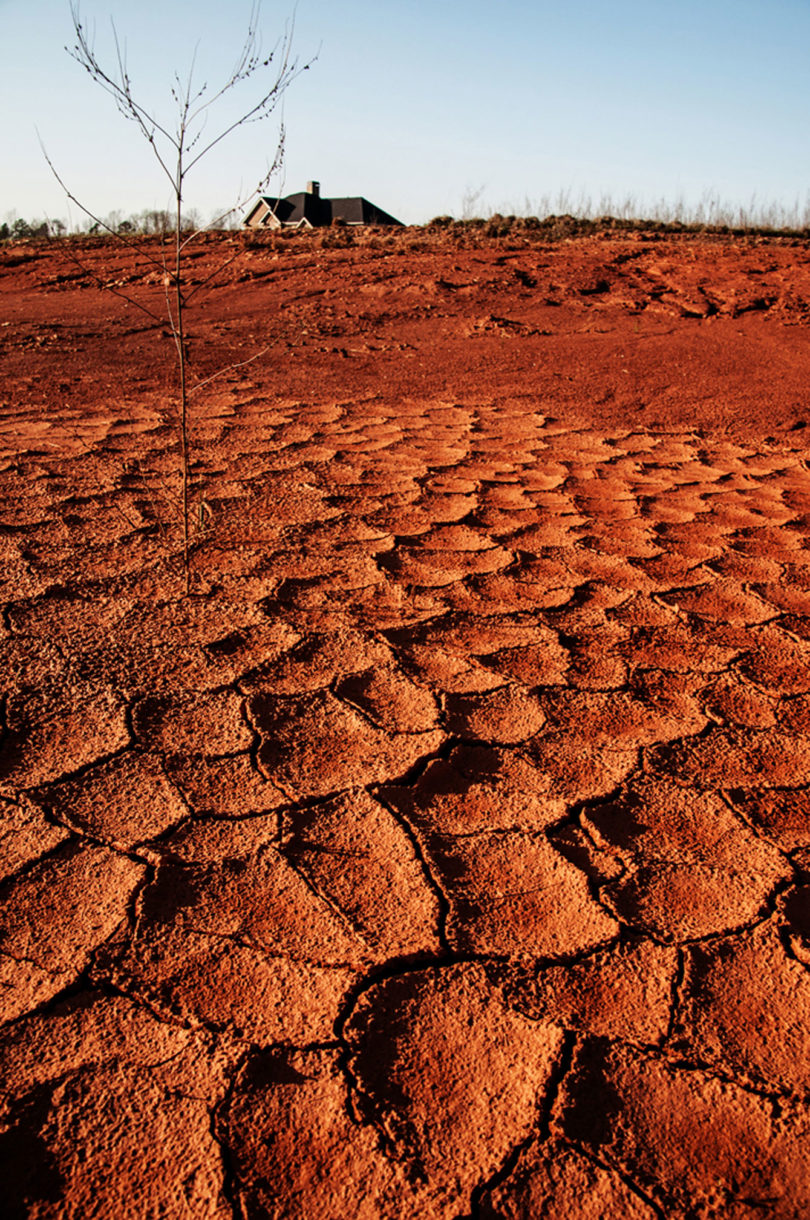 Athens, Ga. – The Circle Gallery in the University of Georgia College of Environment and Design will host the exhibit American Dreams: The Paradox of Failed Subdivisions in Georgia, featuring photographs by Stephanie N. Bryan, Nov. 8-Dec. 21. An opening reception will be held Nov.8 from 4:30-6 p.m. in the gallery.

This photographic exhibition documents the realities of failed residential and commercial developments in Georgia following the recent economic downturn. The images depict long term ecological and social impacts of human actions, the fragility and resilience of nature, small acts of human reclamation and redemption, and the unfulfilled American dreams that lay fallow in farm fields.

During the past three years, Bryan has spent her free time traveling throughout Georgia to document changes in rural and suburban landscapes through photography and writing. She would like her photographic essay to convey the serious effects of these changes and hopes that American Dreams: The Paradox of Failed Subdivisions in Georgia will inspire people to consider how overdevelopment can be prevented from happening again.

According to the American Farmland Trust, the U.S. converted 7,491,300 acres of its rural land-an area nearly the size of Maryland-to developed land between 2002 and 2007. During this period, developed land increased by 57 percent, while the population grew by only 30 percent. Consequently, more than 18.5 million vacant residential lots exist across the American landscape. The Atlanta Journal Constitution reports that Georgia has approximately 150,000 of these idle spaces.

These unrealized developments create an alien aesthetic that is neither rural landscape nor suburban neighborhood. Left in legal and political limbo, these areas limit the ability of public and private planners and landscape architects to grapple with the implications of incomplete designs.

Bryan received a bachelor’s degree in studio arts and art history from Oglethorpe University in 2004 and a master’s degree in landscape architecture from UGA’s College of Environment and Design in 2011. Her academic focus was on historic cultural landscape management. She currently is employed with the Jaeger Company as a landscape historian.

The gallery, which is free and open to the public during weekdays, is located in the Jackson Street Building at 285 S. Jackson Street on the UGA campus. Paid public parking is available in the North Deck.