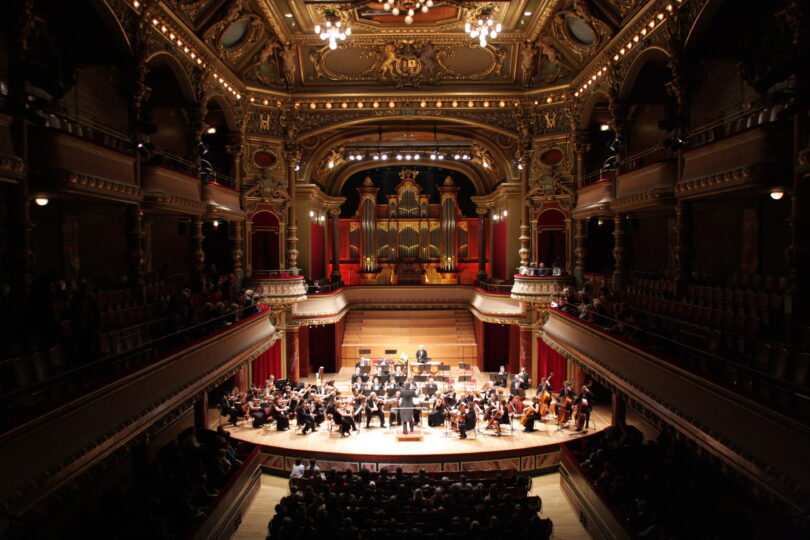 As Ukraine defends itself from the Russian invasion, one of its premiere cultural institutions is coming to Athens. The Lviv National Philharmonic Orchestra of Ukraine will perform at Hodgson Concert Hall on Jan. 23 at 7:30 p.m.

The orchestra, which is on a tour that includes a nearly sold-out concert at New York’s Carnegie Hall, has deep roots. It gave its first concert Sept. 27, 1902. And that first season included guest conducting appearances by Richard Strauss and Gustav Mahler, as well as Ruggerio Leoncavallo, composer of “I pagliacci.” More recent international guest conductors have included Kirill Kondrashin, Gennady Rozhdestvensky, Yevgeni Mravinsky, Kurt Masur and Mariss Jansons.

Since 2018, the orchestra has been working with Kuchar, who served as its main guest conductor. In May 2022, he became chief conductor. He is the most recorded conductor of his generation and appears on more than 140 CDs for the Naxos, Brilliant Classics, Ondine, Marco Polo, Toccata Classics and Centaur labels.

Described as a “poet of piano” by Le Soir (Belgium), Khristenko has performed as a pianist in some of the world’s major concert halls and recently launched his second career as a conductor. He has been praised for “emotional intensity,” “charismatic expression” and “precise technique” by The New York Times, The Washington Post and Miami Herald; The Gramophone; and BBC Music Magazine (UK) and El Pais (Spain).