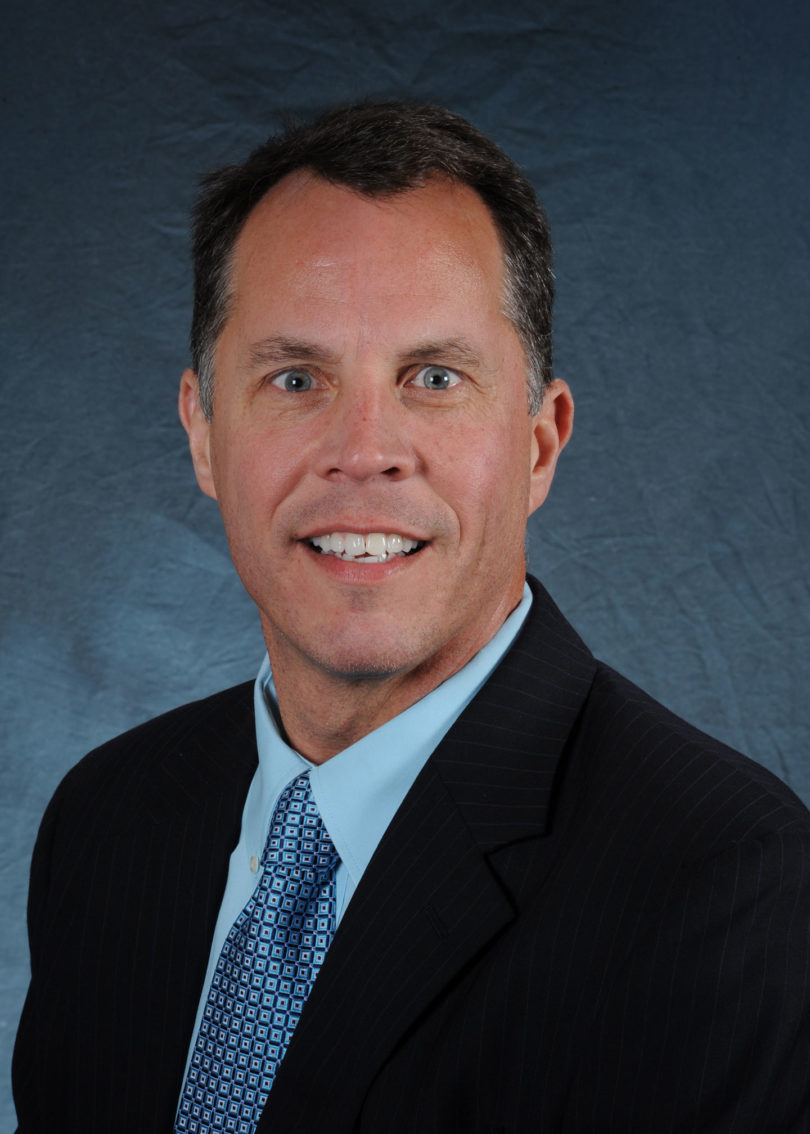 Athens, Ga. – Russell Mumper, an administrator who has been nationally recognized for fostering innovative instruction and has a strong record of facilitating interdisciplinary and entrepreneurial research, has been named vice provost for academic affairs at the University of Georgia.

Mumper is currently vice dean and McNeill Distinguished Professor at the University of North Carolina-Chapel Hill Eshelman School of Pharmacy. His appointment as vice provost is effective Aug. 18.

“The appointment of Dr. Mumper as vice provost reflects my intention to greatly enhance the role of the provost’s office as a catalyst for transformational change at UGA,” said Pamela Whitten, senior vice president for academic affairs and provost. “He will work closely with deans and other members of the senior administration to aggressively pursue the shared goal of making this institution a global pacesetter in teaching, research and service.”

Since 2010, Mumper has served as the chief academic and strategic officer for a pharmacy school that is second in the nation in total research funding and ranked second in the nation by U.S. News and World Report. He oversees the School of Pharmacy’s Office of Strategic Planning and Assessment and co-chaired the creation of the school’s 2012-2017 Strategic Plan, which has framed its new capital campaign. He also oversees the Campbell Faculty Mentoring Program, the Office of Continuing Education and The Academy, an institute that works to enhance student learning by developing a community of faculty committed to implementing and evaluating new approaches to teaching. In addition, he oversees the Office of Innovative Leadership and Diversity in the School of Pharmacy, which played a key role in the school’s recognition in 2012 with the UNC-Chapel Hill Academic Unit Diversity Award.

Mumper has started and led or co-led several multidisciplinary research, development and manufacturing centers, including the Center for Nanotechnology in Drug Delivery at UNC-Chapel Hill, The Carolina Institute for Nanomedicine and the Center for Pharmaceutical Science and Technology at the University of Kentucky.

He has received nearly $30 million in research grants and contracts and has published more than 300 peer-reviewed scientific manuscripts and abstracts in areas such as nanotechnology, drug delivery and plant-based anti-cancer and anti-inflammatory compounds. He is a named inventor on 45 patents or patent families, many of which have been licensed to companies, and has co-founded five companies as a faculty member.

“This is an exciting time at the University of Georgia, and Dr. Mumper is an outstanding addition to a leadership team that is committed to elevating UGA to an even higher level of excellence,” said President Jere W. Morehead.

Mumper began his academic career in 1999 at the University of Kentucky College of Pharmacy, where he served as vice chair of the department of pharmaceutical sciences and associate director of the Center for Pharmaceutical Science and Technology, a pharmaceutical manufacturing facility that later became a for-profit company. He joined the faculty of UNC-Chapel Hill in 2007 and also is a professor in the UNC/North Carolina State University joint department of biomedical engineering.

Mumper has received several honors throughout his career, including being named a Fellow of the American Association of Pharmaceutical Scientists. In 2007, the University of Kentucky Alumni Association recognized him as one of six “Great Teachers” at UK, the oldest continuously given award for teaching at the institution. In 2013, he received the Distinguished Teaching Award for Post-Baccalaureate Instruction, a campus-wide award at UNC-Chapel Hill. In 2013, his initiative to “flip” and measure the learning outcomes of the pharmaceutics course he taught simultaneously to more than 160 students on three campuses gained national attention in publications such as The Atlantic, The Chronicle of Higher Education and Academic Medicine.

“I have been so impressed by the reputation and excellence of UGA in pursuit of its tripartite mission,” Mumper said. “This is a wonderful opportunity for me to engage with a renowned faculty and staff and to contribute in a way that brings continued value to a great research-intensive public university.”

Mumper earned his bachelor’s degree in chemistry and his doctorate in pharmaceutical sciences from the University of Kentucky. Prior to his academic career, he spent nearly a decade working in the pharmaceutical and biotechnology industries.

The search committee was chaired by Timothy Chester, vice president for information technology, and assisted by the UGA Search Group in Human Resources. Mumper succeeds Hugh Ruppersburg, who has served as interim vice provost since August 2013.