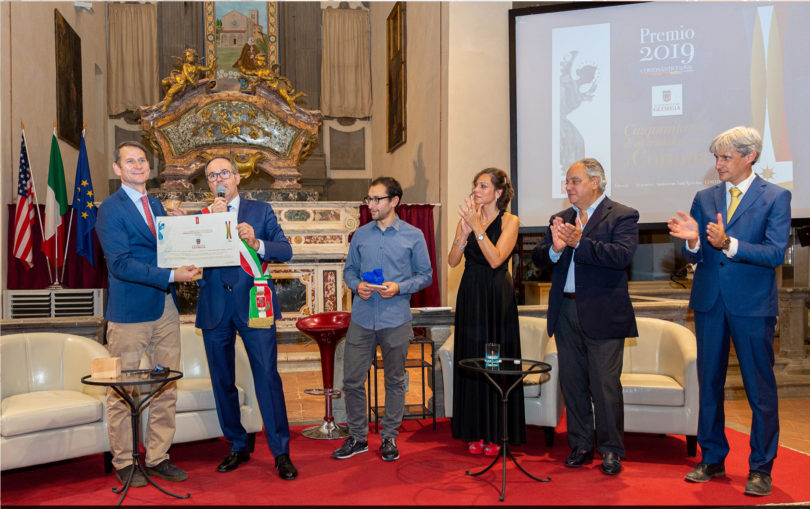 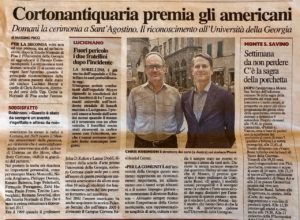 The University of Georgia recently received the Cortonantiquaria 2019 Award for 50 years of collaboration with the city of Cortona, Italy. The award was presented in early September to Chris Robinson, director of UGA Cortona, during the Cortona Antiques Fair, the oldest antique fair in Italy.

The Cortonantiquaria Award was first presented in 2001 as a part of the fair to recognize men, women and institutions that model a commitment to culture and art and have a continuing relationship with the city of Cortona.

The University of Georgia and Cortona began their unique relationship when UGA professor Jack Kehoe founded a studio art program in the summer of 1969. Since that time, more than 10,000 students have participated in the program, which has expanded its offerings year-round, in art, the humanities, sciences and business.

“UGA Cortona is more than a learning facility; it has become a part of Cortona and its people,” said Robinson, who has directed UGA Cortona since 2011.“There would be so many things to say about 50 years of friendship and collaboration with Cortona: I summarize by saying that the achievements have been both cultural and social, and there has been understanding between two cultures and their people.”