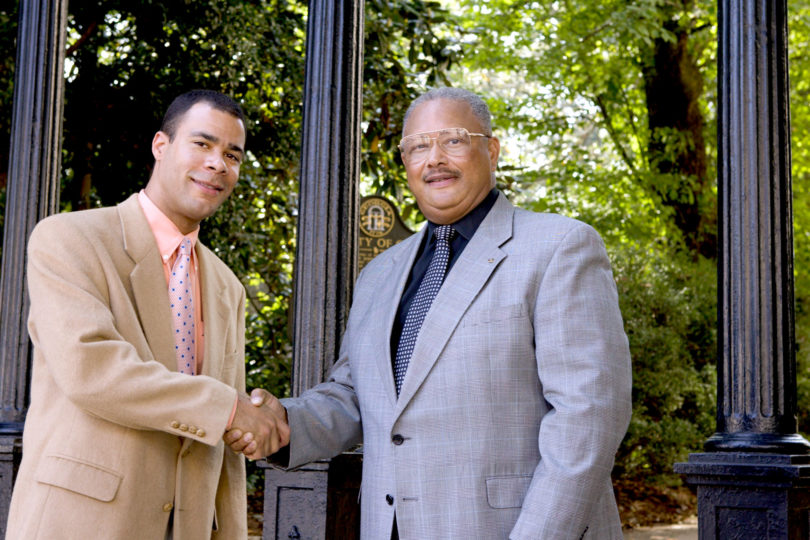 Enoch Varner, a sergeant in the UGA police department, has been named the recipient of the 2005 Edward T. and Sarah Laurent Kassinger Scholarship.

The Kassinger Scholarship is provided to graduate and undergraduate students who complete academic degrees while employed full time as a UGA police officer or a working student in the criminal justice studies program at UGA.

Accepted to the Northwestern Law School in Chicago, Varner and his wife, Solana, a 2003 UGA alumna, will live in Athens for another year as he has chosen to defer enrollment at Northwestern until the fall of 2006.

The Kassinger Scholarship was established in 1984 by former ­employees and friends of the Kassingers who believed that students who work to help pay educational expenses should be recognized.