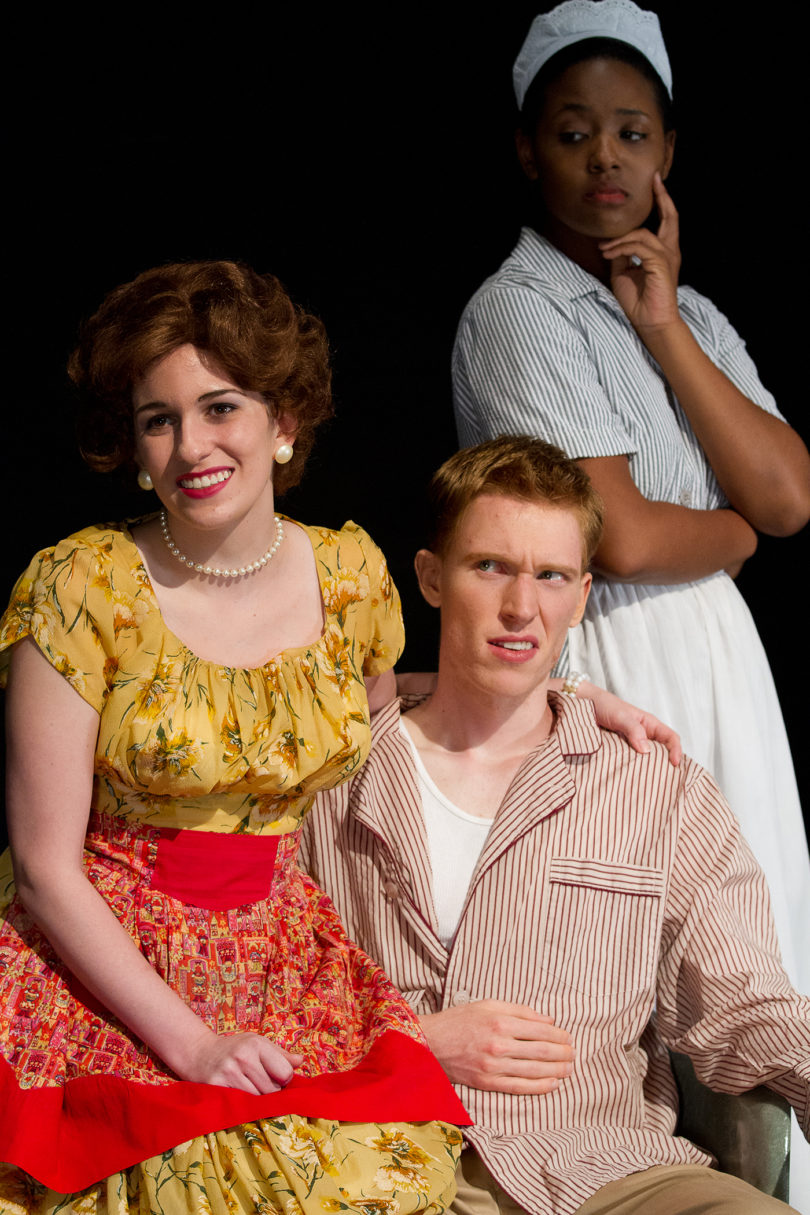 Athens, Ga. – University Theatre at the University of Georgia will present Tony- and Pulitzer-award-winning “Clybourne Park” by Bruce Norris, a spinoff of Lorraine Hansberry’s classic “Raisin in the Sun.” Performances will be held Sept. 25-26 and 30 and Oct. 1-3 at 8 p.m. with matinees Sept. 28 and Oct. 5 at 2:30 p.m. in the Fine Arts Building’s Cellar Theatre.

Directed by Paul Pierce, State Theater of Georgia artistic director and a UGA alumnus, this satiric comedy about race and real estate follows one house over 50 years—from the era of segregation to gentrification.

Winner of the 2012 Tony Award for Best Play, an Olivier Award and the Pulitzer Prize, the play begins in 1958 with homeowners learning that a black family has bought a house in their all-white neighborhood in Chicago, depicting events immediately following those in the classic play. Act two takes the audience to the same house in 2008 as a white family is buying and renovating the house, now in a predominantly black neighborhood, and the roles are reversed.

This reversal provides humor while raising the racial issues associated with historical redlining, fair housing policies and contemporary gentrification. The same actors play the characters in both act one and act two, emphasizing the connection between events half a century apart. Costumes and the décor of the home change drastically while the people and situations remain reminiscent despite the reversal of roles.

“Bruce Norris has created a comedy that sizzles with danger and meaning,” Pierce said. “It’s very rare that a modern playwright can do something that is both socially profound and funny.”

“We’re incredibly excited to have Paul Pierce back with us as director almost 40 years after he graduated from our department,” said David Saltz, head of the department of theatre and film studies. “As the producing director of the State Theatre of Georgia, he’s one of the most prominent and influential theatre artists in the state.”

In 2013, Gov. Nathan Deal honored Pierce with the Governor’s Award for the Arts for his long service to the cultural arts in the state. In the same year, Georgia Trend Magazine named Pierce one of 100 Notable Georgians.

UGA faculty and graduates and Springer Opera House have maintained a close connection over the years; and Ron Anderson, another UGA graduate, administers the Springer Theatre Academy.

“From the very first year I arrived in Columbus, I’ve hired UGA theatre graduates,” Pierce said. “The theatre department has a reputation for training disciplined, hard-working artists and technicians. I can’t tell you how excited I am to be back on campus with these young artists, designers and technicians.

“I’m sure that this collaboration will result in new creative resources for the Springer and a stronger bond between the State Theatre of Georgia and our flagship theatre department in Georgia. Once a Drama Dawg, always a Drama Dawg.”

Tickets are $16 for the general public and $12 for students and can be purchased in advance at www.drama.uga.edu/box-office, by phone at 706-542-4400 or in person at the Performing Arts Center box office or Tate Student Center ticket window.