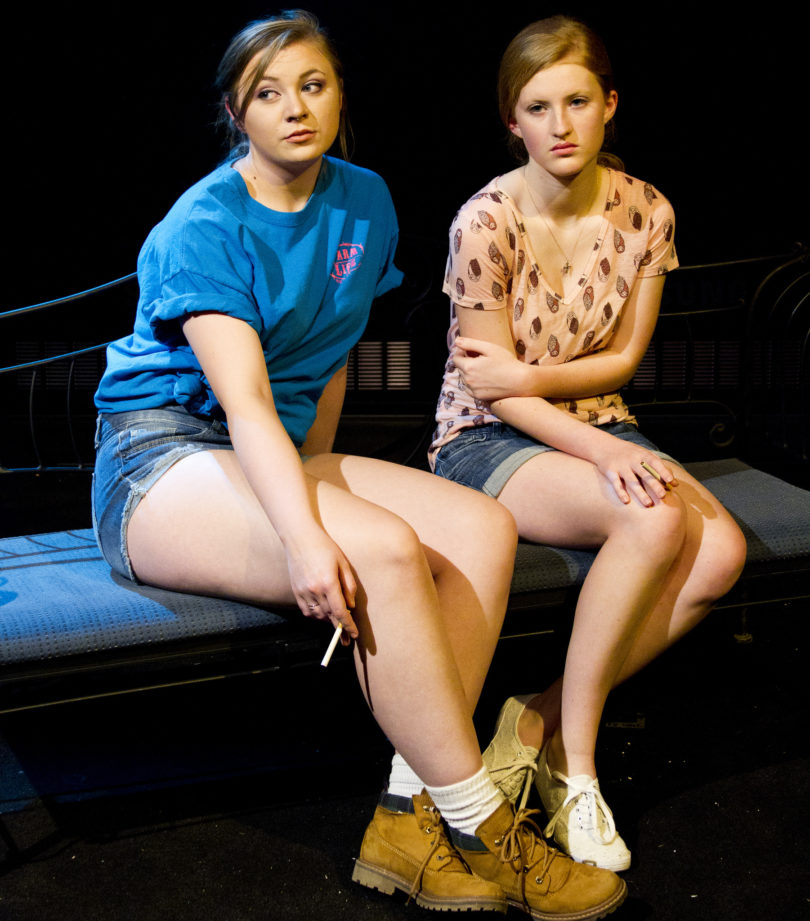 Athens, Ga. – University Theatre at the University of Georgia will present “Hot Georgia Sunday,” a story of lust, betrayal and the limits of faith in a small Georgia town, written by UGA alumnus Catherine Trieschmann. Performances will be March 24-29 at 8 p.m. with a 2:30 p.m. matinee March 29 in the Cellar Theatre of the Fine Arts Building.

“Hot Georgia Sunday” revolves around six characters and the events that have rocked their small Southern church community from one Sunday to the next. The story is centered on what happens when 15-year-old Jenny, played by entomology major Margaret Clark, and her friend Tara, theatre major Drew Atkinson, decide to skip church on one hot Georgia Sunday. She and the other characters describe and reenact their actions of the week from their own perspectives, painting a multifaceted picture of the situation as they wrestle between what they want and what they believe is right.

Director Geoffrey Douglas, a doctoral student in the department of theatre and film studies, describes “Hot Georgia Sunday” as a character study with personalities that many may recognize as people they have known.

“But they’re not caricatures of Southern stereotypes,” he said. “The goal of the playwright isn’t to lampoon. It’s funny, but it’s also poignant, familiar, dark and thought-provoking.

“Having grown up in Georgia, I find the language and mannerisms of these characters to be very familiar, sometimes painfully so. I’m privileged to have the opportunity to work on a play that touches so close to my own setting of growing up from Sunday to Sunday.”

David Saltz, head of the department of theatre and film studies, describes Trieschmann as “a major talent, one of the best to have emerged from our MFA playwriting program.”

University Theatre produced Trieschmann’s play, “The Bridegroom of Blowing Rock,” while she was a student in the program, and her work has been produced off-Broadway at the Women’s Project, the Bush Theatre in London, the Milwaukee Repertory Theatre, the New Theatre in Sydney, the American Theatre Company and the Edinburgh Fringe Festival, among others. She wrote the screenplay for the 2011 film “Angel’s Crest,” which was released by Magnolia Pictures after premiering at the Tribeca Film Festival, and has won numerous awards for her work.

Tickets are $12 for the general public and $7 for students and can be purchased at http://drama.uga.edu/box-office, by phone at 706-542-4400 or in person at the Performing Arts Center or Tate Student Center box offices.