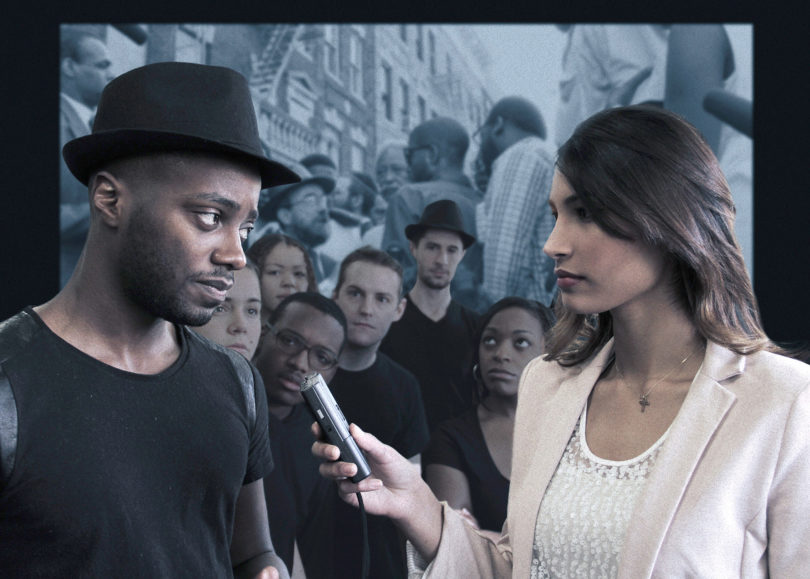 University Theatre presents Fires in the Mirror by Anna Deavere Smith, directed by David Saltz. Performances will be at Seney-Stovall Chapel Feb. 2-7 at 8 p.m. and Feb. 7 at 2:30 p.m.

Tickets are $12, $7 for students, and can be purchased at drama.uga.edu/box-office, by phone at 706-542-4400 or in person at the Performing Arts Center or Tate Student Center box office.

Fires in the Mirror tells the true story of a conflict between the African-American and Hassidic Jewish communities who live side-by-side in the Crown Heights neighborhood of Brooklyn. In August 1991, a car in a motorcade carrying the Hassidic rabbi struck and killed a young black boy from a Guyanan family, and a few hours later a visiting Jewish scholar from Australia, unaware the accident had occurred, was stabbed to death in revenge. These two deaths sparked a three-day riot and inflamed latent tensions between the two communities. The play takes the audience in to the heart of this conflict through a series of monologues told from different characters’ points of view.

Saltz, a professor and head of the Department of Theatre and Film Studies, studied with Smith when he was a doctoral candidate at Stanford.

“Working with her was one of the formative moments of my development as a theater artist,” he said. “She is a remarkable performer and teacher whose approach to creating theater is unique and tremendously effective.”

At the time, Smith was attracting national media attention and critical acclaim for, which she was performing as a one-woman show at prominent venues around the country. She took a highly innovative approach to creating the production. She began by interviewing dozens of people from Crown Heights, then edited them in the style of a documentary filmmaker and finally performed each character while meticulously mimicking every intonation and pause made by the real person.

The University Theatre production, a part of the Studio Series, uses an ensemble of 13 actors plus one to play Smith herself as interviewer.

“Because the distinctive power of this play stems from our ability to see a single actor embody a range of characters and embrace identities different from their own, as Smith did, you will see same actor performing characters of differing genders and races, and will see multiple actors portray the same character,” Saltz said.

Saltz said that he is especially excited to present the play now because “it speaks directly to the racial injustices and frustrations that spawned the Black Lives Matter movement. It provides a powerful model of how we can acknowledge and speak across differences.”