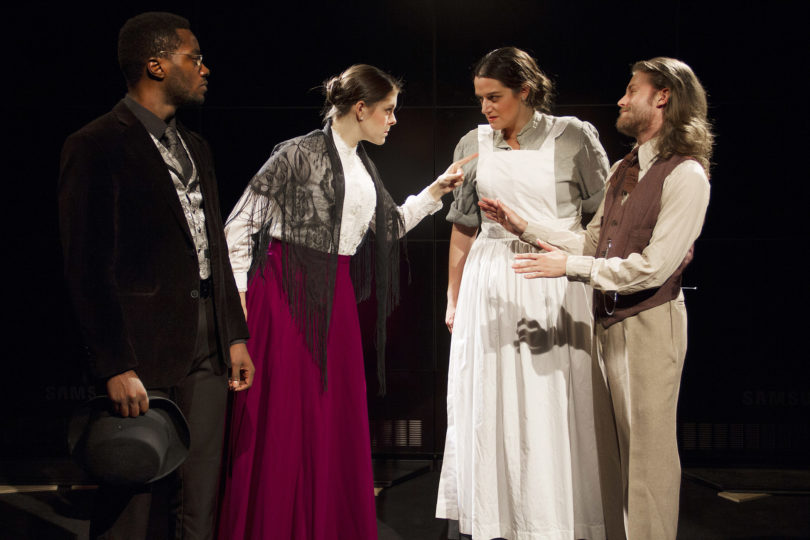 University Theatre will present Mrs. Packard by Emily Mann, directed by Joelle Re Arp-Dunham. Performances will be in the Fine Arts Cellar Theatre Oct. 13-17 at 8 p.m. and Oct. 18 at 2:30 p.m.

Tickets are $16, $12 for students, and can be purchased at drama.uga.edu/box-office, by phone at 706-542-4400 or in person at the Performing Arts Center or Tate Student Center box office.

Based on historical events, Mrs. Packard tells the story of a woman wrongly committed to an insane asylum by her husband, a strictly devout Calvinist minister, because she publicly disagrees with his theology. The play by Mann is set in the asylum where abuses are perpetrated on the patients, and the sane ones must rely on their own mental strength and the kindness of others to survive.

“A key part of the University Theatre mission is to introduce audiences to amazing plays they wouldn’t otherwise get to see,” said David Saltz, head of the theatre and film studies department, which is part of the Franklin College of Arts and Sciences. “When I read this play, I was blown away and immediately knew it was something we had to share with the Athens community.”

Director Arp-Dunham said the story of Mrs. Packard needs to be heard.

“She was caught in this horrible web of patriarchy and religious intolerance and brought to a place from which many never recovered. Her devotion and dedicated hard work changed laws and the direction of our country,” she said. “We need to hear stories like hers as we continue to fight for justice today.”

While the action of the piece takes place during the 1860s, the story remains universal, according to Arp-Dunham.

“Looking at a Facebook feed, one would think we are living in the most politically and religiously divided time in our nation’s history,” she said. “The 18th century saw not only the Civil War but extreme religious differences, women’s rights issues and, of course, the abolition of slavery. The media was different, but the sentiments were not.”