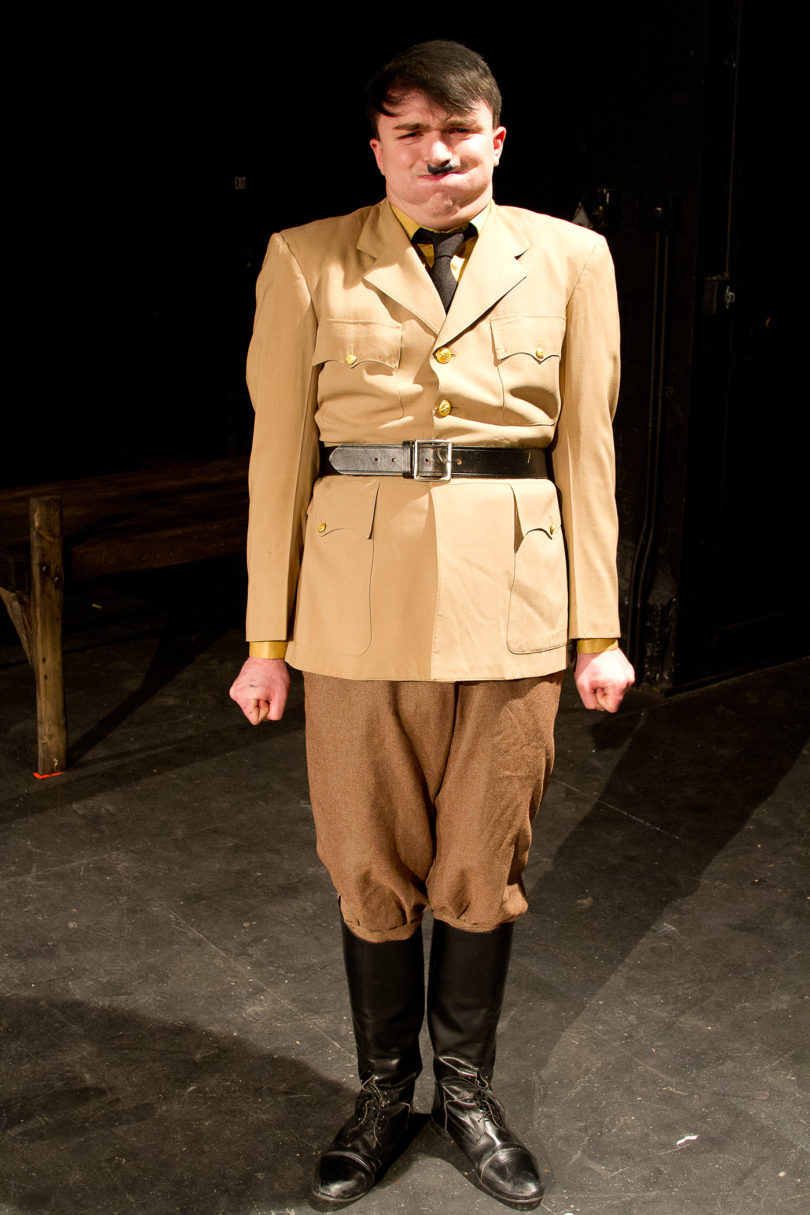 University Theatre will present the bold farce Mein Kampf, written by George Tabori, the son of a Holocaust survivor, Feb. 19-21 and 24-28 at 8 p.m. with a matinee performance March 1 at 2:30 p.m. in the Fine Arts Building’s Cellar Theatre.

Tickets are $16, $12 for students and may be purchased online at www.drama.uga.edu/box-office, by phone at 706-542-4400 or at the Performing Arts Center box office or the Tate Student Center ticket window.

In conjunction with this production, the UGA departments of theatre and film studies and German and Slavic studies will host the international symposium “George Tabori and the Theatre of the Holocaust” Feb. 26-28. Scholars and performers from around the world will gather in Athens for this interdisciplinary event, which is open free to the public. More information and a schedule of speakers and performances is at www.drama.uga.edu/event/tabori.

Directed by UGA alumnus Del Hamilton, co-founder of 7 Stages Theatre Company in Atlanta, the Mein Kampf production will move to Atlanta for a run March 12-14 at 8 p.m. and March 15 at 5 p.m. at 7 Stages.

Mein Kampf portrays Adolf Hitler as a young, struggling artist secretly yearning to take over the world and whose life is changed by a chance encounter with a Jewish Bible seller. This story is inspired by actual events, as Hamilton notes.

The production, like Tabori’s script, draws on Bertolt Brecht’s distancing techniques to encourage audiences to take a step back from the characters and action to think about what is occurring on the stage. This includes the many jokes and dark humor of the play as well as breaks from reality into a more exaggerated tone of an ominous dream.