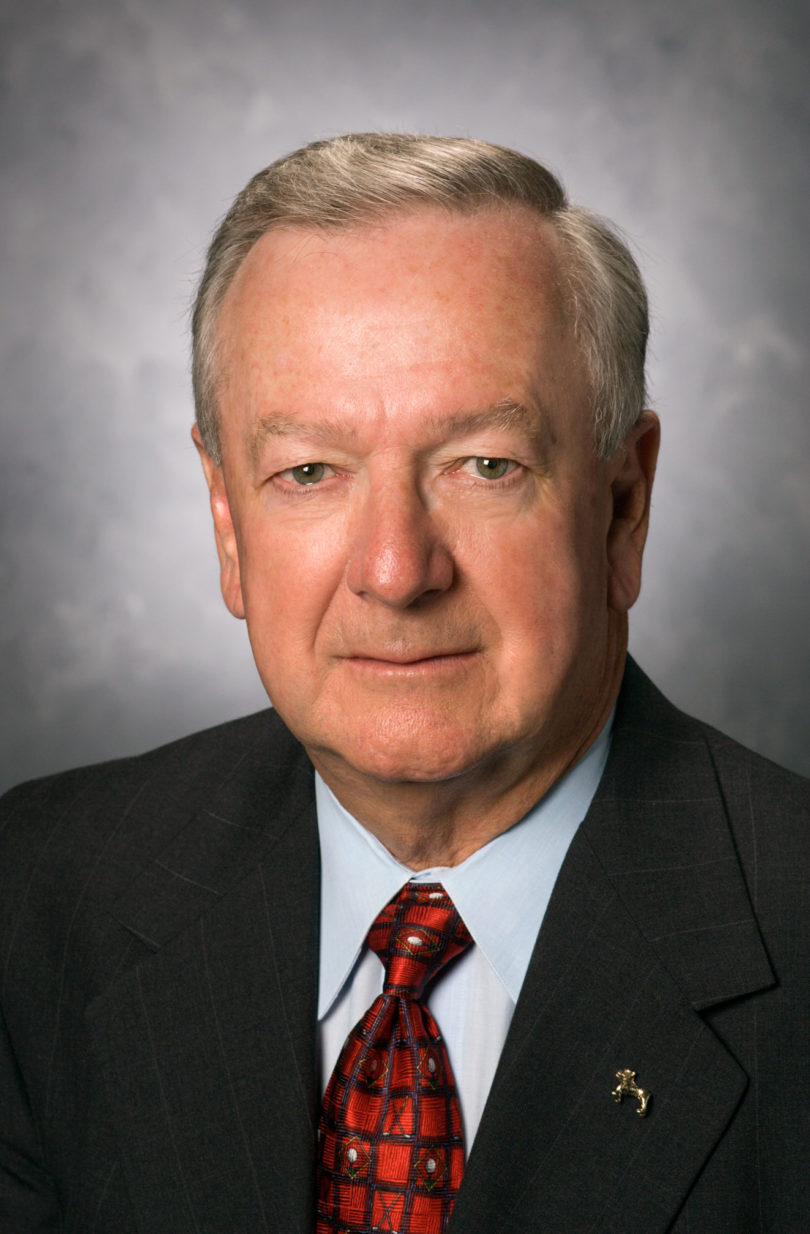 Arnett C. Mace Jr., who has been UGA’s senior vice president for academic affairs and provost since 2003, will retire early next year.

UGA President Michael F. Adams announced in his State of the University speech Jan. 22 that Mace will retire effective Jan. 1, 2010. Adams appointed Mace to the position permanently in March 2003 after he had served on an interim basis for six months.

“Arnett’s contributions to the University of Georgia have made this a better place for everyone,” Adams said. “We  thank him for his stalwart dedication, commitment and service to the university community.”

Adams said Mace will work part time for two years after his retirement to get the university’s medical education partnership with the Medical College of Georgia in place at the Navy Supply Corps School property. Mace has led UGA’s efforts to establish the partnership, which will train new physicians and health workers for the state.

Mace came to UGA in 1991 as dean of the Warnell School of Forestry and Natural Resources. In 1995, he assumed additional duties of associate director of the Georgia Experiment Station and Georgia Cooperative Extension Service.

He said his time at UGA has been the “most rewarding, both professionally and personally, of my 45-year career in government and higher education.

“Words cannot express how fulfilling and satisfying it has been to work with so many outstanding faculty, administrators, staff and students,” Mace said. “Their expertise, coupled with their commitment, professionalism and collaborative spirit, have inspired, challenged and sustained me.”

He expressed appreciation to Adams, his UGA colleagues, the Athens community and his wife, Barbara, for support and friendships that “have added immeasurably to the richness of my life.”

As the university’s chief academic officer, Mace is responsible for all operations involving instruction, research, public service and outreach and student affairs.

In addition, he is involved in major decisions on budget management and resource allocation.

Strengthening educational quality and promoting higher academic achievement have been central themes of Mace’s tenure. He created special task forces to recommend steps to improve teaching and learning at both the undergraduate and graduate levels, and put strong emphasis on use of technology and innovative teaching techniques in the classroom.

He has worked to increase enrollment of minority students and recruitment of minority faculty and has been instrumental in expanding UGA’s extended campuses in Gwinnett County, Griffin, Tifton and Buckhead in Atlanta.