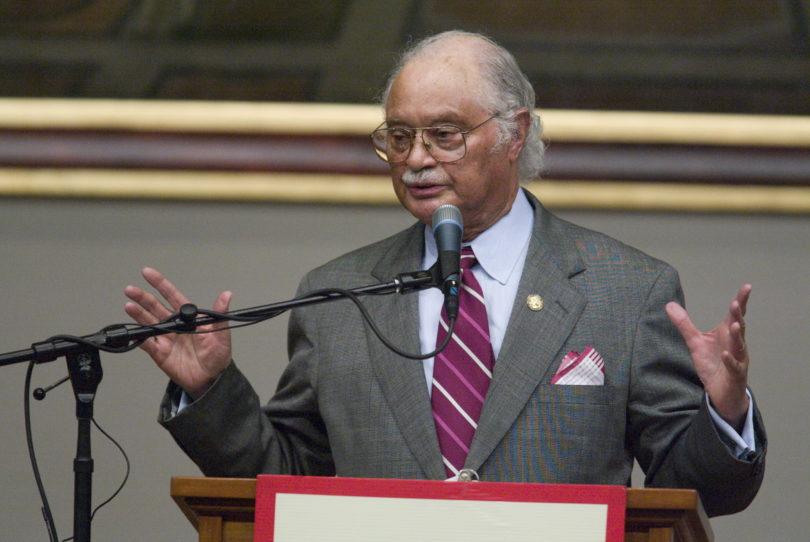 The Board of Regents of the University System of Georgia approved Ward’s honorary degree during its March 19 meeting.

“Judge Horace Ward’s legacy is a significant one in the history of the University of Georgia,” said President Jere W. Morehead. “He has made substantial contributions to our university community by delivering lectures to our students and sharing his story with our historians. I am grateful to the board of regents for allowing us the opportunity to recognize Judge Ward in this meaningful way.”

Ward’s story with the university started in September 1950 when he applied to the School of Law. He had just completed a master’s degree at Atlanta University in 1950. Ward earned his bachelor’s degree from Morehouse College in 1949.

When his application to UGA was denied, Ward sought legal resolution to the matter, starting a quest said to have established an important precedent and tone in the civil rights movement in Georgia in the 1950s.

After earning a law degree from Northwestern University in 1959, Ward returned to his home state and joined the legal team-led by civil rights attorney Donald Hollowell-that represented Hamilton Holmes and Charlayne Hunter-Gault in their landmark efforts to enroll at UGA in 1961.

In 1964, Ward became the second African-American since Reconstruction elected to the Georgia General Assembly. He was re-elected to four terms in the state Senate and was appointed to several key committees.

In 1974, Ward was appointed to the Civil Court of Fulton County, making him the first African-American trial court judge in Georgia. He was elevated to Fulton County Superior Court judge in 1977. Two years later, Ward was appointed to the U.S. District Court for the Northern District of Georgia. Ward took senior status in 1994 and retired from his post in 2012.