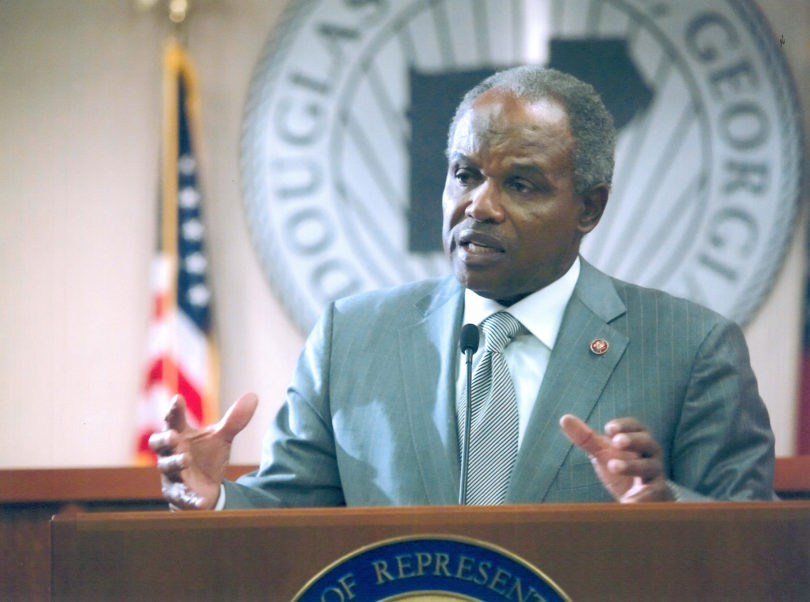 U.S. Rep. David Scott will be the keynote speaker for the 11th annual Martin Luther King Jr. Freedom Breakfast Jan. 17 at 7:30 a.m. in the Grand Hall of the Tate Student Center.

Sponsored by UGA, the Athens-Clarke County Unified Government and the Clarke County School District, the MLK Freedom Breakfast commemorates the life of the late civil rights leader. This year’s theme is “The Power of the Dream: Our Unmeasured Strength and Our Unbounded Spirit.”

Along with Scott’s address, recipients of the President’s Fulfilling the Dream Award will be recognized at the event, which has averaged more than 600 attendees in recent years. This year’s event is sold-out.

The award highlights the work of local citizens who have made significant efforts to build bridges of unity and understanding as they strive to make King’s dream of equality and justice a reality.

Scott was elected to the U.S Congress in 2002. He is currently in his sixth term representing Georgia’s 13th Congressional District, which includes Cobb, Clayton, Douglas, Fayette, Fulton and Henry counties.

Scott serves on the Financial Services Committee, the Agriculture Committee and the NATO Parliamentary Assembly. His work in Congress has led to the passage of several laws including student loan repayment assistance for law students who become public prosecutors and defenders. He helped add Father’s Day to the U.S. Flag Code as a day of special significance.

Scott sits on the board of the Dean Rusk Center for International Law and Policy at UGA. He is a member of Alpha Phi Alpha (Beta Nu), a Mason and a member of the 100 Black Men of Atlanta Inc. He received a “Trumpet Award” in 2008, the Urban League’s “Congressional Leadership Award” in 2010 and has been recognized by Georgia Trend magazine as one of the “100 Most Influential Georgians” in multiple years.

Scott received a bachelor’s degree from Florida A&M University in 1967. He received an MBA from the Wharton School at the University of Pennsylvania in 1969.

Scott began his political career in 1972 by working on Andrew Young’s congressional campaign. In 1974, he was elected as a Georgia state representative, where he served from 1975 to 1982. As state representative, he authored laws on gun safety, including a law creating background checks for gun purchases. He also authored legislation to make it a felony to knowingly sell or provide a firearm to a child or minor and to hold parents and guardians responsible for keeping their firearms away from children. Scott worked to create PeachCare, the health insurance program for children.