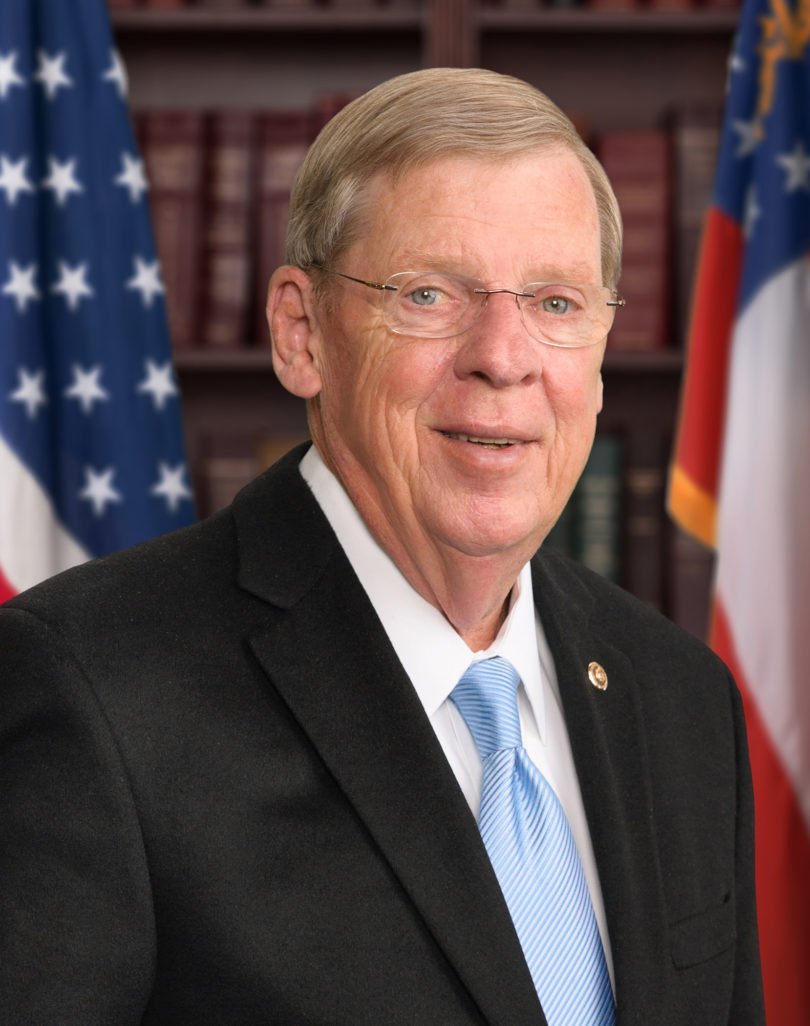 The UGA School of Law’s Dean Rusk Center for International Law and Policy will host U.S. Sen. Johnny Isakson for a lecture on international trade and economic growth April 10 at 12:30 p.m. in the Larry Walker Room of Dean Rusk Hall. The event is open free to the public, but registration for lunch is required by April 8 to lkagel@uga.edu.

Isakson, who currently is serving his second term in the U.S. Senate, is the only Republican senator to chair two committees in the 114th Congress: the Senate Committee on Veterans’ Affairs and the Senate Select Committee on Ethics.

The former president of Northside Realty, Isakson served 17 years in the Georgia state legislature and two years as chairman of the Georgia Board of Education. He also served three terms in the U.S. House of Representatives before his election to the U.S. Senate.

Co-sponsored by the student organization Georgia Association of Law and Politics, the lecture will include a light lunch buffet that will start at 12:15 p.m.