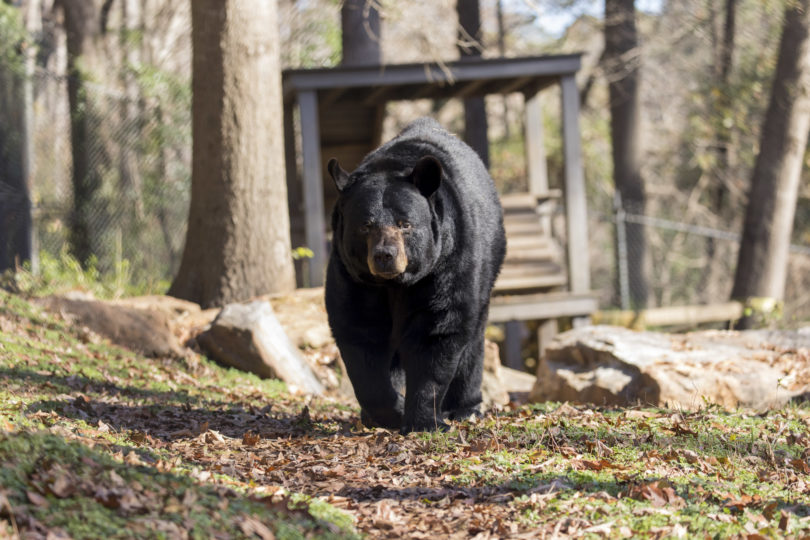 "DJ" the bear inside of his habitat at Bear Hollow Zoo in Memorial Park in Athens. (Photo by Andrew Davis Tucker/UGA)

Once a year, Dr. Joerg Mayer, associate professor of zoological and exotic animal medicine at the University of Georgia’s College of Veterinary Medicine, takes a group of students out to Bear Hollow Zoo to perform an annual bear checkup.

The checkup typically takes place a month or so before the bears hibernate for winter and a lot of preventive medicine happens during this exam, according to Mayer. So what exactly is involved in this annual exam? 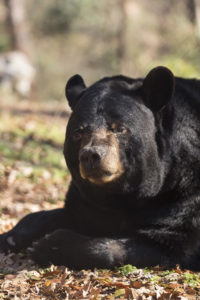 DJ, who is 16 and approaching bear middle age, got a clean bill of health during his annual checkup, which is good news. American black bears can live up to age 40, but 20 is more typical. The average in the wild is 18 years.

The students who participate in this annual bear checkup are getting a unique experience. “Not many people get to be part of a medical team that handles a bear,” said Mayer, who encourages them to apply the knowledge they’ve already gained at UGA working with cats and dogs.

“I tell them to think of DJ as a big dog. You need two hands to palpate a bear, for example, whereas you usually only need one hand for a dog. Other than that the medical knowledge isn’t that different.”

Mayer also encourages the students to think ahead more with a bear. “With a dog, you can take blood and call the owner tomorrow. With a bear, you only want to anesthetize once, so any problems should be addressed on the same day. You only have hands-on with these zoo animals once a year. Otherwise we use observation. We want to be on top of it before the animal shows signs of disease.”