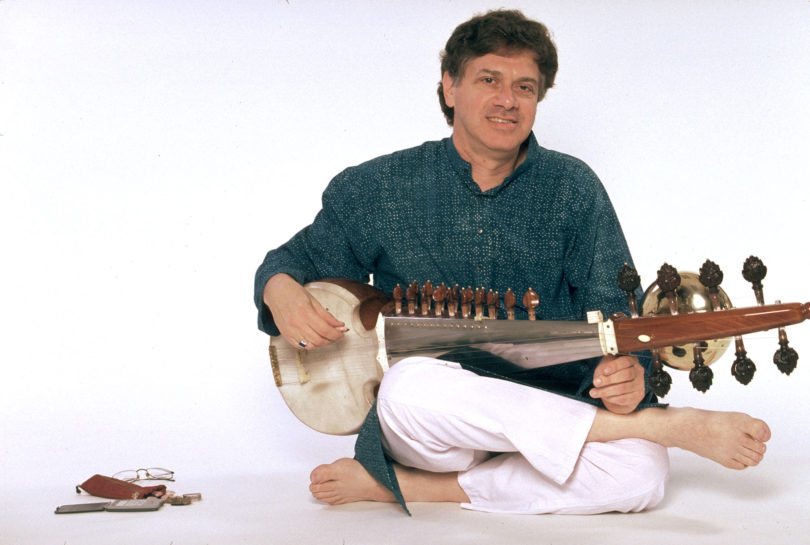 Visiting professor David Trasoff will give a free concert of Indian music April 26 at 8 p.m. in Hodgson Concert Hall.

Athens, Ga. – David Trasoff, an ethnomusicologist, musician and expert on the classical music of North India, has been named the Gordhan L. and Virginia B. “Jinx” Patel Distinguished Visiting Professor in Indian Music Arts at the University of Georgia Hugh Hodgson School of Music.

Trasoff will be on the UGA campus April 24-26 lecturing, presenting workshops and working closely with music students. Accompanied by tabla player Prithwiraj Bhattacharjee, he will perform in a free concert April 26 at 8 p.m. in Hugh Hodgson Concert Hall.

Trasoff earned his doctoral degree in ethnomusicology from the University of California, Santa Barbara and his masters of fine arts from the California Institute of the Arts. As a performer on the sarode, a stringed instrument used in Indian classical music, he has appeared on stages across the world, including concerts in the U.S., Germany, the Netherlands, France and India. He is a senior disciple of the late Ustad Ali Akbar Khan, with whom he began studying in 1973, and he has received guidance from renowned sarode performer Rajeev Taranath.

“The study of music is about more than just Western ‘classical’ music; it’s about the many diverse musical cultures that make up our world,” said Dale Monson, director of the school of music. “We are delighted to have a performer and teacher of David Trasoff’s reputation and ability here to teach and inspire us. Our students, faculty and staff are indebted to the Patel professorship for making this visiting professorship possible.”

The Gordhan L. and Virginia B. “Jinx” Patel Distinguished Visiting Professorship in Indian Musical Arts was created in 2008 in order to enrich the Hugh Hodgson School of Music, UGA and the broader community by bringing in acknowledged experts in the field of Indian music to perform, teach and work with UGA students and faculty.