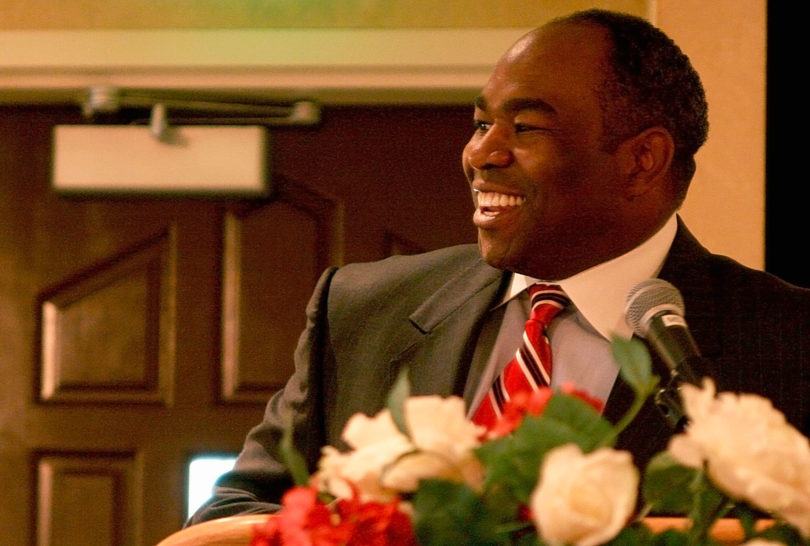 He urged the audience, which included Damon Evans, athletics director, and Dennis Felton, head coach of the men’s basketball team, to “get into the game” by becoming more involved in the community.

Volunteerism, community building and interconnectedness were the keys to reaching their goals, he said, adding that being in the BFSO was a tremendous way to get involved.

The former high school principal and UGA alumnus said that volunteering is a circular act.

“If you want to help yourself, reach out and help someone else—be the individual that makes the change in someone else’s life,” Smith said.

Cheryl Dozier,  associate provost for institutional diversity, echoed his sentiments when she urged BFSO members to get involved with pre-collegiate programs that help to recruit students of color to the university.

She encouraged BFSO members not to stop working toward their goals, which include increasing the number of African-American faculty, staff and students on campus.

She urged the audience to have “the same fire and determination that the founders (of BFSO) did—it takes all of us to make a difference,” she said.

Mark Dawkins, BFSO president, said that the organization has made strides, in that the number of black faculty is up to more than 95—a considerable increase from the fewer than 10 members present at UGA when the organization was established in the early 1980s. He said the university still isn’t where it should be in terms of black faculty, staff and students, and encouraged more recruiting of minority students and asked the deans to consider diversity coordinators for their schools.

In a special presentation, Linda Brawner, a retired business manager in the department of genetics and immediate past BFSO president, received an award for outstanding service to the organization. Deborah Strong presented Brawner with the plaque in appreciation of her dedication to the BFSO and 30 years of service to UGA.