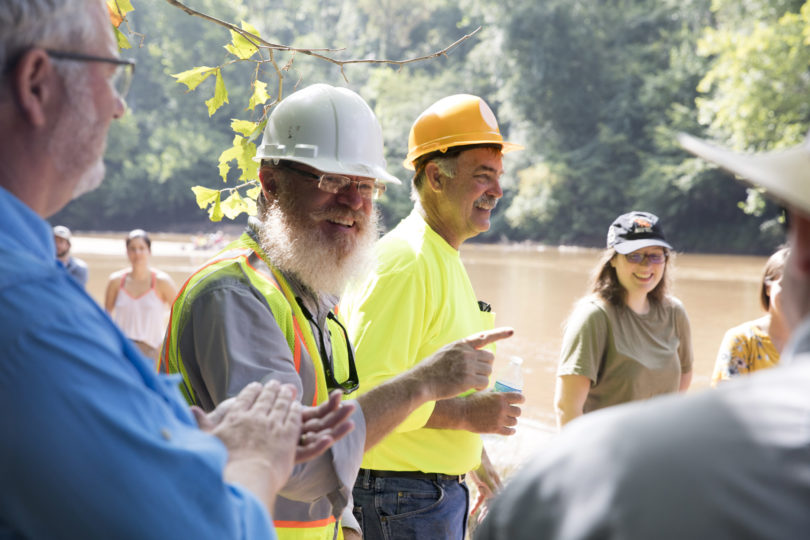 James Shelton, an associate professor of fisheries in the Warnell School and project manager, spoke with members of the EPA near the White Dam project site in July 2018. (Photo by Dorothy Kozlowski/UGA)

When the University of Georgia set about to remove White Dam, an outdated dam on the North Oconee River, the process involved more than moving heavy concrete. It also required cutting through piles of red tape and layers of approvals.

But in the end, the project proved to be a valuable example of how landowners, agencies and nonprofits can work together for a shared end goal: a healthier river. Now, the multi-agency team that cut its teeth removing White Dam has released the first handbook to removing obsolete dams, putting a successful process on paper for future landowners and agencies to reference.

The “Handbook for the Removal or Modification of Obsolete Dams in Georgia” is now available for download on the website for the Georgia Aquatic Connectivity Team.

“During the removal of White Dam, all our partners recognized the need for guidance,” said Jay Shelton, associate professor in UGA’s Warnell School of Forestry and Natural Resources who helped oversee the White Dam project. The Georgia Connectivity Team formed as part of that removal, made up of partners who had a stake in the effort. “Literally, those were the words we used: ‘I wish somebody had written a cookbook for this.’” 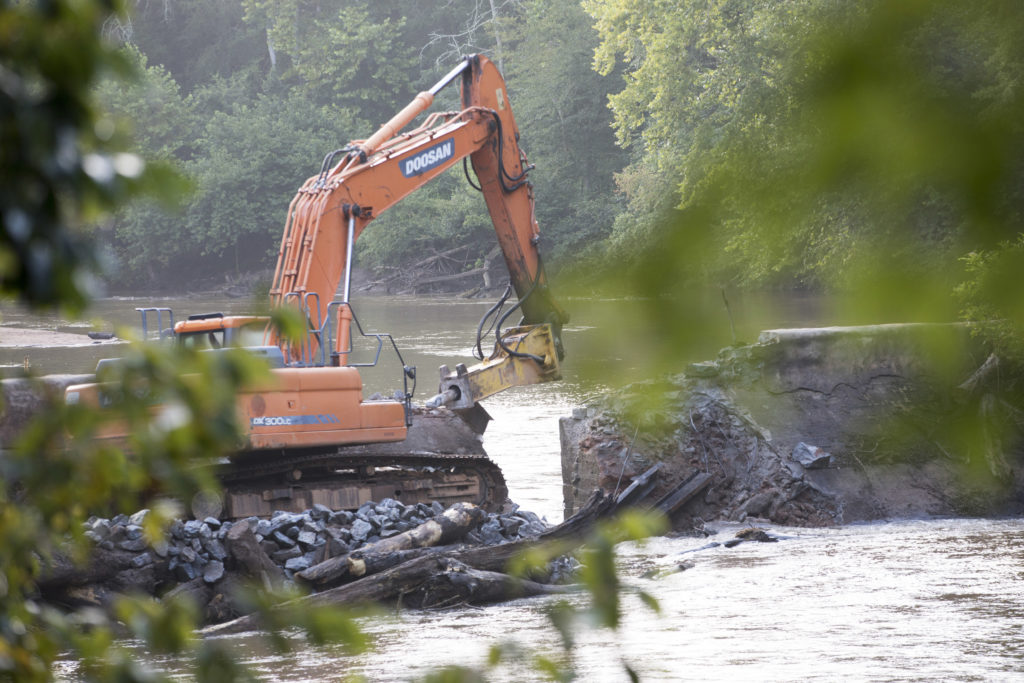 Now, the new handbook aims to do exactly that. It outlines the research required before undertaking a project, the regulatory process involved, planning the project, deconstruction, and the evaluation and monitoring to be done after the project is completed.

Shelton notes that obsolete dams come in many flavors, ranging from small hydropower dams associated with former mills to privately owned earthen dams built for recreation or water supply. Across Georgia, there are thousands of dams that are obsolete—dams that no longer provide the service for which they were built.

Removing them is beneficial for the overall health of the river, said Shelton. This, in turn, improves the health of the land alongside it and makes the waterway safer. And when a dam is removed, it also opens up recreational opportunities and access for communities along the river.

“Dams do provide important functions—hydropower generation, navigation, flood control, irrigation, recreation,” said Shelton. “And so, when we talk about obsolete dams, we talk about structures where none of those uses are provided by the dam in its current condition. Often, we are talking about very old structures, frequently 50 to 100 years old or older.” 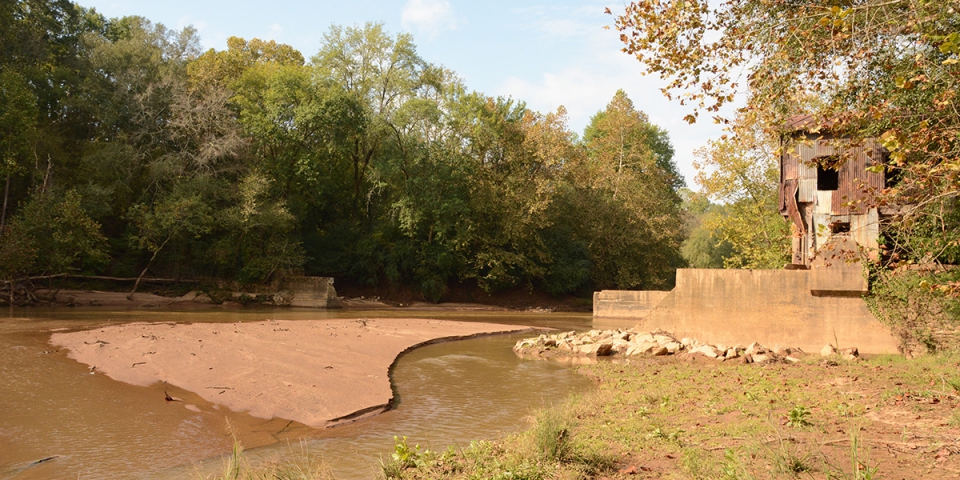 Today, White Dam’s removal is incorporated into teaching at Warnell, where students learn about water quality and witness the river’s changes in the past two years. But UGA is just one partner on the Georgia Aquatic Connectivity Team. Contributors from organizations such as The Nature Conservancy, U.S. Fish and Wildlife Service, Georgia Power Co., U.S. Army Corps of Engineers and the Georgia Department of Natural Resources can now point to the document as a valuable resource for future projects.

In total, more than a dozen organizations and agencies contributed to the document. Removal of obsolete dams plays a role in all the partners’ objectives.

“Georgia is home to an incredibly diverse community of aquatic life—we have more species of crayfish, mussels and salamanders in our rivers than almost anywhere else on the North American continent,” said Sara Gottlieb, director of freshwater science and strategy for the Georgia chapter of The Nature Conservancy. She is also co-lead of the Georgia Aquatic Connectivity Team. “Georgia also has more barriers to aquatic connectivity than any other state in the Southeast. These barriers disrupt the natural life cycle of aquatic organisms, degrade water quality and pose a serious hazard to people.”

She adds that the work done to publish the handbook is now helping to build momentum behind the removal of obsolete dams. While many states have made strides in this area, Georgia lags behind.

“In 2015, before we started on White Dam, there were almost no dam removal projects in Georgia. Now, you look around the state, and there are several completed projects on the map,” he said. “And, there are additional projects that have been identified or are under consideration. So, when you consider how complicated every one of these is, it’s a pretty impressive increase in capacity.”