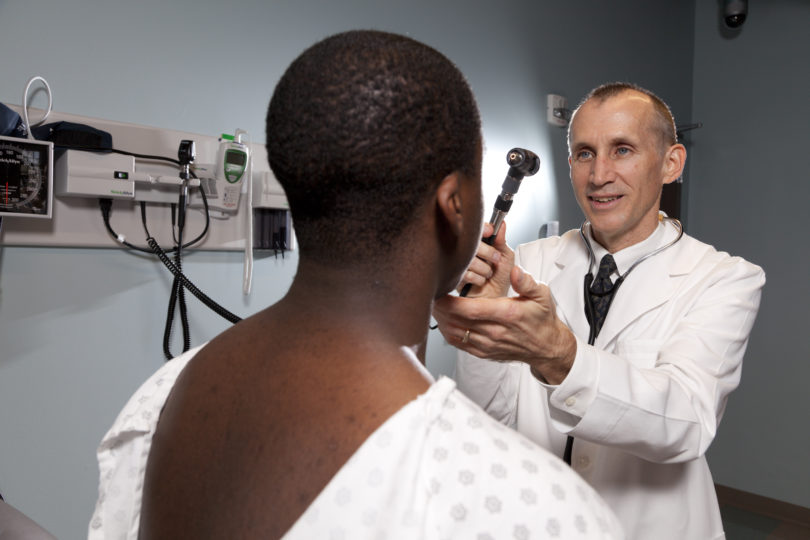 For the second time in three years, a University of Georgia professor has been honored with the Elizabeth Hurlock Beckman Award for teaching excellence. Dr. Christopher Whalen in the College of Public Health was one of eight professors nationwide selected for the honor.

The award is given to faculty members who inspire their former students to “make a significant contribution to society,” typically in the form of an organization that substantially benefits their communities.

“I commend Dr. Whalen for this achievement and for the lasting impact he has made on global health through his outstanding teaching and mentoring,” said UGA President Jere W. Morehead.

Whalen is the Ernest Corn Professor of Infectious Disease Epidemiology and director of UGA’s Global Health Institute. As a physician-epidemiologist, he is one of the leading international researchers studying HIV/AIDS and tuberculosis transmission in Africa. Joining the faculty at the College of Public Health in 2008, Whalen brought with him a program he established at Case Western Reserve University to train Ugandan health professionals in the scientific disciplines necessary to address the infectious disease crisis in their home country and throughout Africa.

His program continues to thrive at UGA, supported by a $1.9 million grant from the Fogarty Training Center at the National Institutes of Health. Over his career, Whalen has trained more than 75 students who have returned to Uganda and made immediate impacts on the health care system there.

“The impact of Dr. Whalen’s work ripples across time and continents, improving health and quality of life while inspiring others to join the fight against infectious diseases,” said Senior Vice President for Academic Affairs and Provost Pamela Whitten. “He epitomizes the University of Georgia’s global reach, and I am delighted that he has been recognized with this significant honor.”

Dr. Elioda Tumwesigye, who trained with Whalen in the mid-1990s, wrote in his letter of support that “the training was life changing, as I got to master not only the concepts of public health and preventive science, but got skills in writing, computing and communication. His mentorship was (and still is) inspirational and applies to my work every day.” 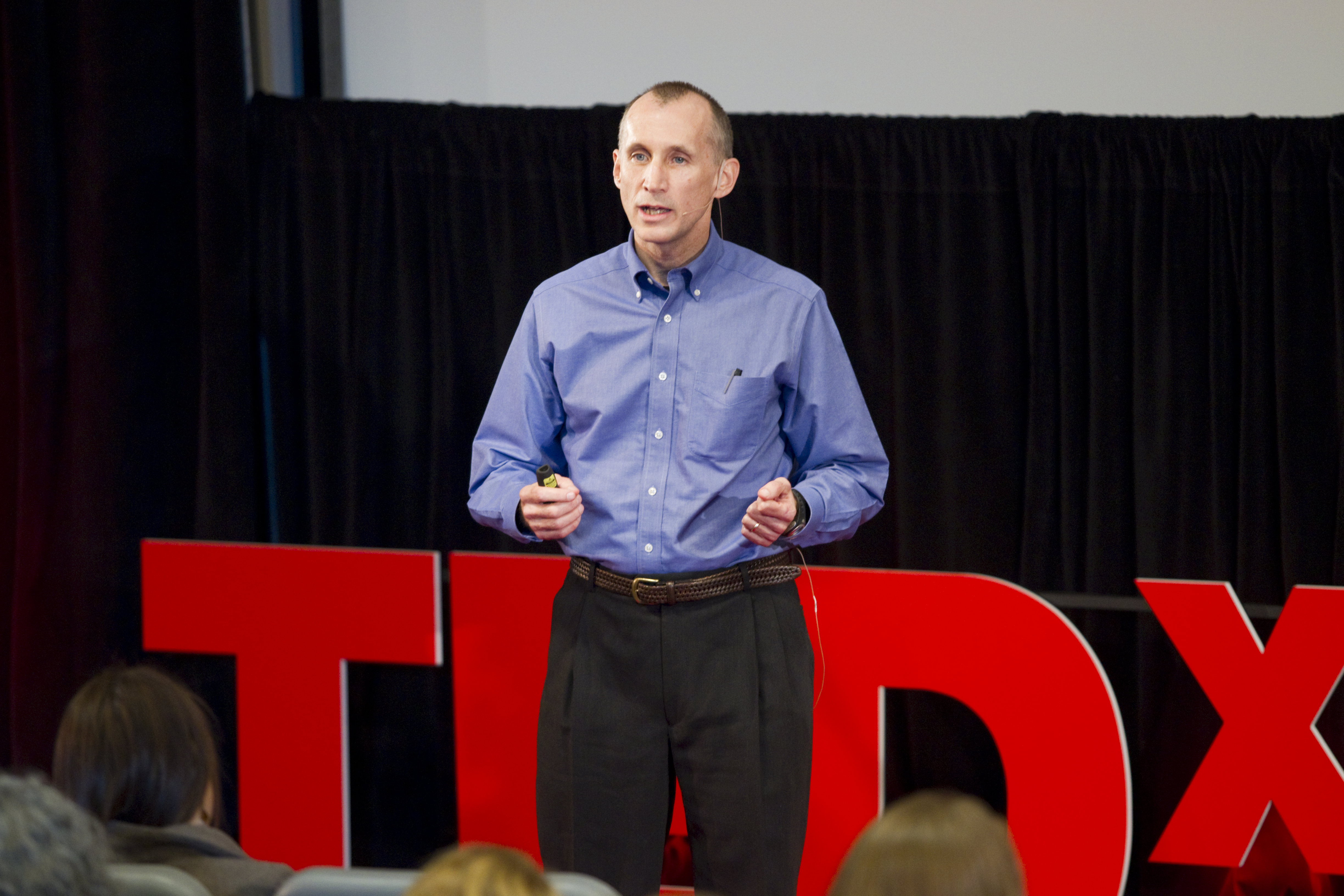 Whalen gave a TEDxUGA presentation on campus in 2013.

Upon his return to Uganda, Tumwesigye founded several nonprofit organizations that provide a variety of health prevention, education and treatment services, including treatment for HIV/AIDS, to people in rural Ugandan communities.

“The organizations which I started with mentoring from Dr. Whalen proved pivotal and actually catalyzed my being elected to represent my people in the parliament of Uganda in 2001,” said Tumwesigye, who led Africa’s first standing committee on HIV/AIDS. Tumwesigye later became minister of health in 2015.

“It’s an honor to receive this award and be supported by the College of Public Health and the university,” said Whalen, “but especially to be supported by my former students and now colleagues.”

Whalen also received a letter of support from Stephen Asiimwe, who trained with him at UGA and went on to earn a doctorate of public health in 2013. Asiimwe now directs Integrated Community Based Initiatives, one of the nonprofit organizations founded by Tumwesigye, where he carries forward Whalen’s spirit of mentorship.

“He taught me how important it is to share our knowledge to help shape the next generation of scientists and public professionals,” wrote Asiimwe.

“When we hired Dr. Whalen, we were aware of his major scientific discoveries and his work to prevent the transmission of TB and HIV in Ugandan populations. We are pleased that this work has continued with the assistance of UGA faculty and students,” said Phillip L. Williams, dean of the College of Public Health. “He certainly deserves the Beckman Award.”

Whalen will receive a $25,000 award and will be honored at a ceremony to take place later this year. He joins associate professor Dawn D. Bennett-Alexander in the Terry College of Business and professor Melisa “Misha” Cahnmann-Taylor in the College of Education, who each received a Beckman Award in 2015.

The Beckman Award was created by Gail McKnight Beckman in 2008 in memory of her mother, Dr. Elizabeth Hurlock Beckman, who was a celebrated educator and author and was one of the first female psychology professors at Columbia University.