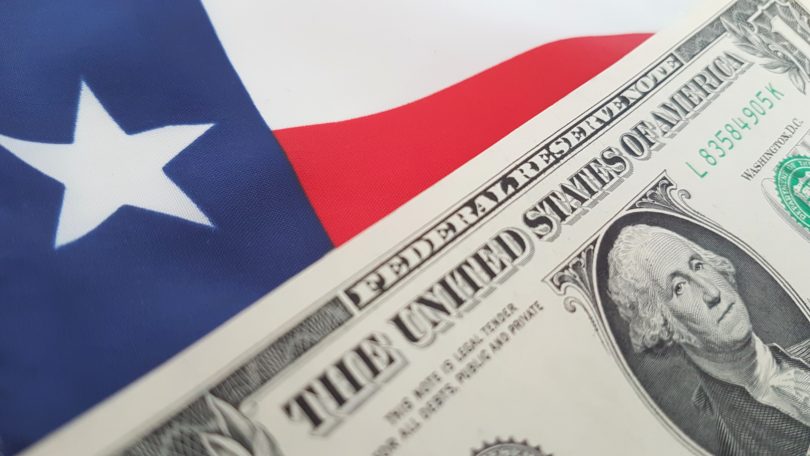 Stimulus package touted as the largest we've ever had

The U.S. Congress has passed a $2 trillion emergency relief bill that will expand unemployment insurance, provide $1,200 stimulus checks in emergency financial relief to most American adults and provide life preservers to distressed businesses impacted by the COVID-19 epidemic. The bill, touted as the largest economic stimulus package in U.S. history, was passed by the U.S. Senate and U.S. House this week and is expected to be signed by the president.

William Lastrapes, the Bernard B. and Eugenia A. Ramsey Chair of Private Enterprise in the department of economics at the University of Georgia, argues Congress had to take action.

What has this pandemic done to the U.S. economy?

The coronavirus that causes COVID-19 has inflicted two negative shocks on the U.S. economy. One is a “supply” shock – much of what the economy produces depends on face-to-face human interaction; the social distancing so necessary to slow the spread of the virus reduces our capacity to produce goods and services. The other is a “demand” shock – laid-off workers and falling output cause incomes to fall, which in turn constrains the ability of households and businesses to spend. These distinct shocks clearly reinforce each other in a downward spiral of economic activity.

What is the objective of Congress’ stimulus plan?

Because the current situation is a global epidemic and economic crisis, the U.S. federal government must act to stabilize the economy and provide a sense of security to the nation’s citizens. The $2 trillion stimulus package just passed by Congress aims to do this. The package is an unprecedented amount — the Recovery Act of 2009 in the midst of the financial crisis came in at just under $900 billion — and we should think of it as an insurance payment made by the government to U.S. households and businesses in light of a massive, harmful and unpredictable event, one so big and systematic that private insurance cannot cover it. But the federal government can, through its ability to tax and spread the costs over people and over time. The government’s stimulus check puts money in people’s pockets for them to spend now, when spending is needed, even though incomes are falling. It also aims to protect private credit markets to keep money flowing between borrowers and lenders. The federal injection of cash can prevent a self-fulfilling decline in the economy by coordinating a rise in overall spending. It is unlikely that even with this fiscal stimulus a recession will be avoided, but perhaps a long-lasting and deep depression can be.

Can the federal government afford a $2 trillion stimulus plan?

Most of the stimulus package comes in the form of “transfer payments” from one group of individuals to another. For example, the plan allocates $250 billion to boost unemployment insurance for those losing jobs, $301 billion in direct cash transfers to individuals, and $349 billion in loans to small businesses to help make payroll, rent and utility payments. Another $150 billion flows as direct aid to states, while almost half a trillion dollars will be set aside to support the Federal Reserve System’s new lending facilities, aimed at providing needed liquidity to the banking and business sectors. None of these programs entail direct spending by the government (like, say, building a road or a dam).

There is no question of affordability here. The federal government must of course “pay for” these transfers, but its ability to borrow cheaply now, by issuing debt at current low interest rates, lowers any real resource constraints. (And the Federal Reserve can help by printing money, although this power held by our central bank should be used cautiously.) Additional debt allows the government to give to those in need and take from future taxpayers when the economy returns to normal. As long as the country remains productive in the long run – which it surely will – and maintains healthy fiscal institutions, those taxes will not be a burden to future generations, and the federal government will not default on the national debt.

What should we do once we recover from this crisis?

It is painfully clear that the federal government was caught off guard by the coronavirus despite having ample warning that an epidemic of its kind was likely to happen, sooner rather than later. We should also not have been surprised at how quickly the virus has spread across the world given the pace of globalization. Macroeconomic policy mechanisms are in place – like the Federal Reserve’s ability and willingness to provide liquidity and stabilize credit markets – to respond to a crisis by softening the economic blows. Yet the country needs to be better prepared for the next epidemic, which will surely come, to help prevent a crisis in the first place. We are now observing firsthand how shortcomings in our public health system can have drastic, and possibly, dire consequences for our economy and our well-being.