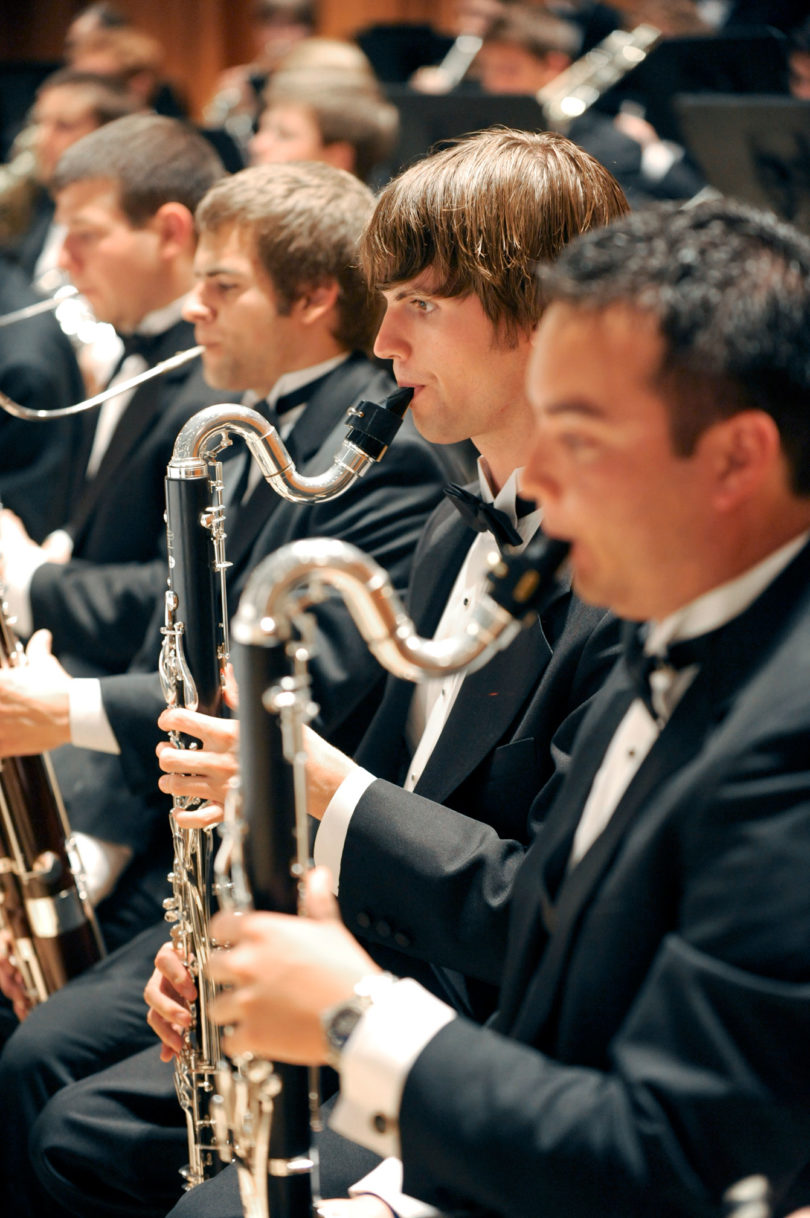 The UGA Wind Ensemble will give a Sept. 11. concert of works by European composers-past and contemporary.

Concert season at the Hugh Hodgson School of Music kicks off Sept. 11 at 8 p.m. with UGA’s Wind Ensemble’s first performance, “European Vacation,” in the Performing Arts Center’s Hodgson Hall. Tickets are $10, $5 for students with a UGA ID.

The concert, which appropriately features works from a handful of Old World composers, is the first of six public events hosted by the Wind Ensemble this academic year.

In addition to works by Dvorák, Prokofiev and others, “European Vacation” will showcase soprano Stephanie Pierce on Gustav Mahler’s Um Mitternacht, a 1901 composition based on a Friedrich Rückert poem. Pierce, who has taught at UGA since 1996, founded the UGA Opera Ensemble and co-founded the Athena Grand Opera Company.

While much of the program features composers of the past, some of the works are more contemporary. Ingolf Dahl’s Sinfonietta (1988) and Adam Gorb’s Repercussions (2011), also are on the program, providing a modern contrast to the florid Romantic styles.

“My first thoughts were to write a kind of ‘history of the world in four chapters,’ ” Gorb said of the creative process surrounding Repercussions, “beginning with primitive barbarity, moving through greater refinement and sophistication before ending in brutality bringing the work full circle, and something of that is present in the final version of the piece.”