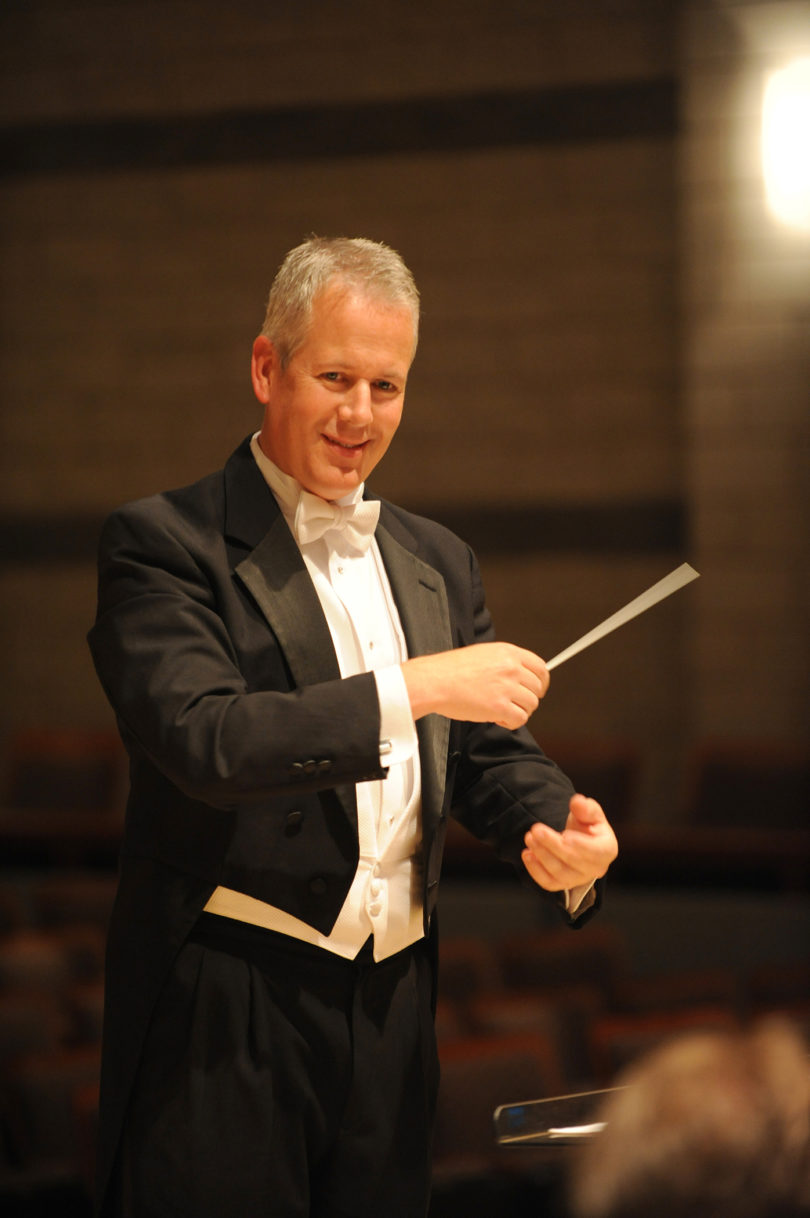 Athens, Ga. – The University of Georgia Wind Ensemble will present the world premiere of “Declarations,” a new composition for wind band, during the university’s spring undergraduate Commencement on May 9. The piece, composed by past Hugh Hodgson School of Music professor Steve Dancz, will commemorate the final performance of departing director of bands John P. Lynch.

“Steve and I thought it would be particularly meaningful to mark this occasion with a new commission,” Lynch said. “We were aiming for something akin to American composer Aaron Copland’s ‘Lincoln Portrait’: regal, epic and concise, for maximum impact.”

“Declarations” draws upon thematic material from two of Dancz’s earlier compositions, 2011’s “Declaration Anthem” and 2014’s “Heart of Independence,” both of which were originally commissioned for film tributes that aired prior to NFL Super Bowls XLV and XLVIII. The tributes were created in honor of America’s servicemen and women.

“The original Super Bowl compositions featured UGA alumnus Charles Arnold on trumpet, accompanied by sampled orchestra,” Dancz said. “I had written ‘Declaration Anthem’ and ‘Heart of Independence’ with full orchestration in mind, so it’s wonderful to hear some of that material fleshed out further and performed by a full ensemble.’

As with the original compositions, “Declarations” features excerpts from the Declaration of Independence. The premiere will feature Allen Crowell, former Hodgson School director of choral activities and professor emeritus, as narrator.

“It’s going to be an emotional way to conclude my time here,” said Lynch. “UGA has one of the strongest band programs in the country, with a lot of support and a rich history, and being here has exceeded every expectation. I couldn’t be happier to have been a faculty member at the University of Georgia.”

Lynch recently accepted a position as artistic director and wind symphony conductor at Australia’s Sydney Conservatorium of Music, the largest conservatory in the southern hemisphere. Cynthia Johnston Turner, formerly of Cornell University, has been selected as new director of bands at the University of Georgia.

“It’s great to know that this program will be in good hands after I leave,” Lynch said. “Leaving is bittersweet, but I’m looking forward to creating something new and tackling a new set of challenges leading the Australian band movement.”

The commission of “Declarations” was made possible with the assistance of a contribution from a Redcoat Marching Band alumnus.