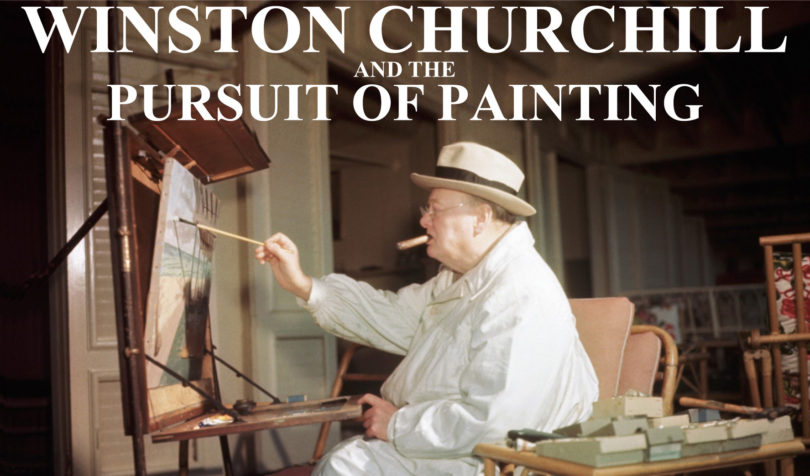 A selection of paintings by Winston Churchill

Athens, Ga. – A selection of paintings by Winston Churchill, iconic statesman, Nobel Prize winner, and wartime hero, will be exhibited at the University of Georgia Hargrett Rare Book and Manuscript Library from March 18-April 17.

“The Art of Diplomacy: Winston Churchill and the Pursuit of Painting” will include seven Churchill paintings and numerous artifacts, honoring Churchill’s family connections to Georgia. It is organized by the Millennium Gate Museum and the family of Winston Churchill’s great-grandson, Duncan Sandys. Athens is one of eight cities in Georgia selected to host the exhibition that commemorates the 50th anniversary of Sir Winston Churchill’s passing.

This exhibition showcases how painting helped Churchill deal with depression in 1915. It demonstrates how painting and the skills Churchill learned from his hobby, contributed to his ability to think about how best to confront the rise of Nazi Germany and how it made his leadership during World War II more effective. As Churchill wrote, “If it weren’t for painting I could not live. I couldn’t bear the strain of things.”

Art historian Ernst Gombrich said, “his painting may have helped to save Western civilization.”

Widely regarded as one of the greatest wartime leaders of the 20th century, Churchill was also an officer in the British Army, a historian and a writer. He was made an honorary citizen of the U.S. in 1963. Churchill’s family has maintained a legacy of influence and involvement in Georgia since the state was founded. His ancestor, John Churchill, the first Duke of Marlborough, trained General James Oglethorpe, the founder of Georgia, in military tactics. Churchill himself lectured and toured in Georgia in 1932.

The Hargrett Gallery is located in the Richard B. Russell Building Special Collections Libraries. The building is open free to the public weekdays from 8 a.m. to 5 p.m. and on Saturdays from 1-5 p.m.