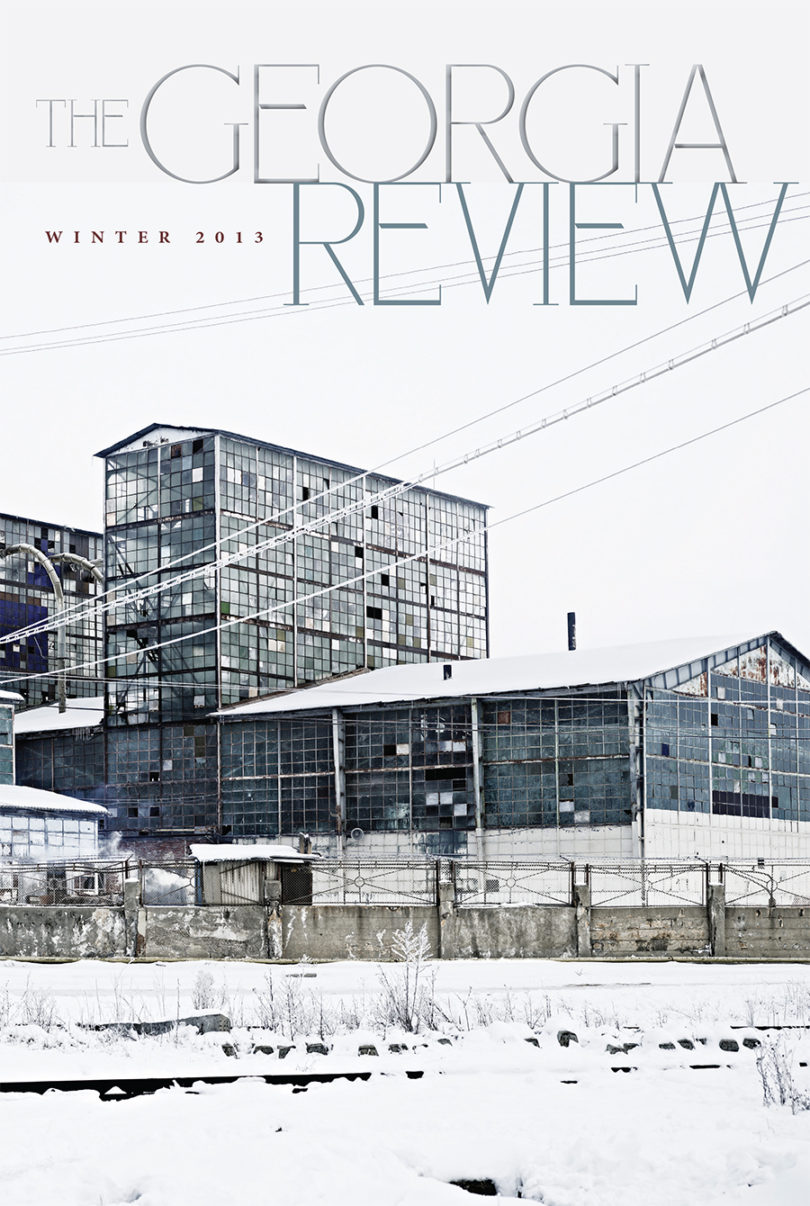 Athens, Ga. – For literary magazine editors, finding genuinely outstanding works amid the thousands of manuscripts submitted every year is a challenge and a pleasure, according to The Georgia Review’s editor Stephen Corey. Rarer still, and therefore especially exciting, is the appearance of a piece of writing that is not only strong but entirely unexpected-so unexpected, in fact, that the initial reaction of both Corey and assistant editor Douglas Carlson was to wonder if Gerda Saunders’ “Telling Who I Am Before I Forget: My Dementia” might be a prank or a hoax.

But Saunders’ essay, the lead piece in the Review’s just-released Winter 2013 issue, is entirely for real. The author, a South African native and former associate director of gender studies at the University of Utah, was forced into retirement by early-onset microvascular disease. However, she has still been able to carry on with the kinds of thinking, research and writing that resulted in “Telling Who I Am Before I Forget”-a long and detailed exploration with a unique potential both to educate and to move readers.

Says Corey, “For decades The Georgia Review’s mission has been to present special new work by special writers both known and unknown, so Saunders’ essay is not an aberration but rather one of the high points in our continuing effort to bring the finest writing to the best readers.”

Other notable content in the 268th quarterly issue of this University of Georgia-based publication includes a new essay by the Pulitzer Prize-winning poet Stephen Dunn, “Refuge, and the Serious Humor of Kafka and Beckett”; a sadly hilarious memoir of seventh grade by Kevin Brockmeier, “Dead Last Is a Kind of Second Place”; two new fictions by an American master of the short-short story, Jim Heynen; poems by two-time National Book Critics Circle Award-winner Albert Goldbarth, North Carolina veteran Julie Suk and the up-and-coming LaWanda Walters; and a grimly beautiful portfolio by Hungarian photographer Tamas Dezso, “Notes for an Epilogue: Documenting Rural Romania.”