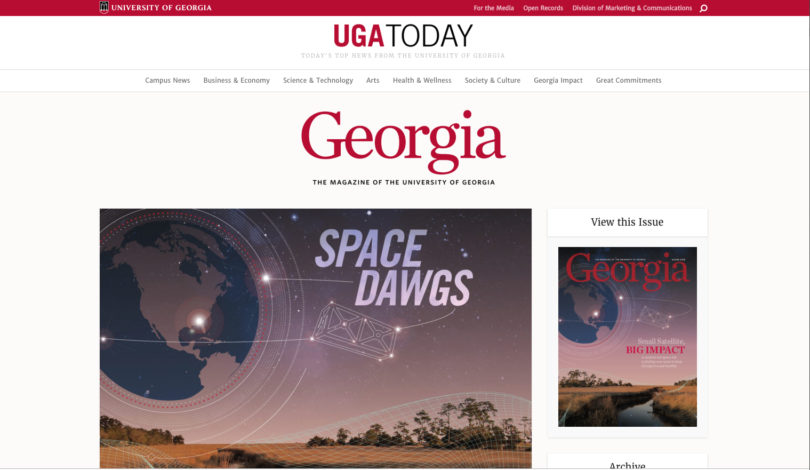 The winter 2018 issue of Georgia Magazine is online.

The issue’s cover story highlights the efforts of the student-led Small Satellite Research Lab, which is working to launch UGA into space. Other magazine features include a behind-the-scenes look at the Georgia equestrian team and an overview of the university’s efforts to battle the invasive silverleaf whitefly, which is devastating crops in south Georgia.

Georgia Magazine also takes readers on a tour of six alumni-owned restaurants in Athens, many of them leading a foodie renaissance in the Classic City.

Alumni profiles include one of the founding staff members of Major League Soccer, the director of the Chick-fil-A Foundation and an award-winning interior designer in Charleston, South Carolina.