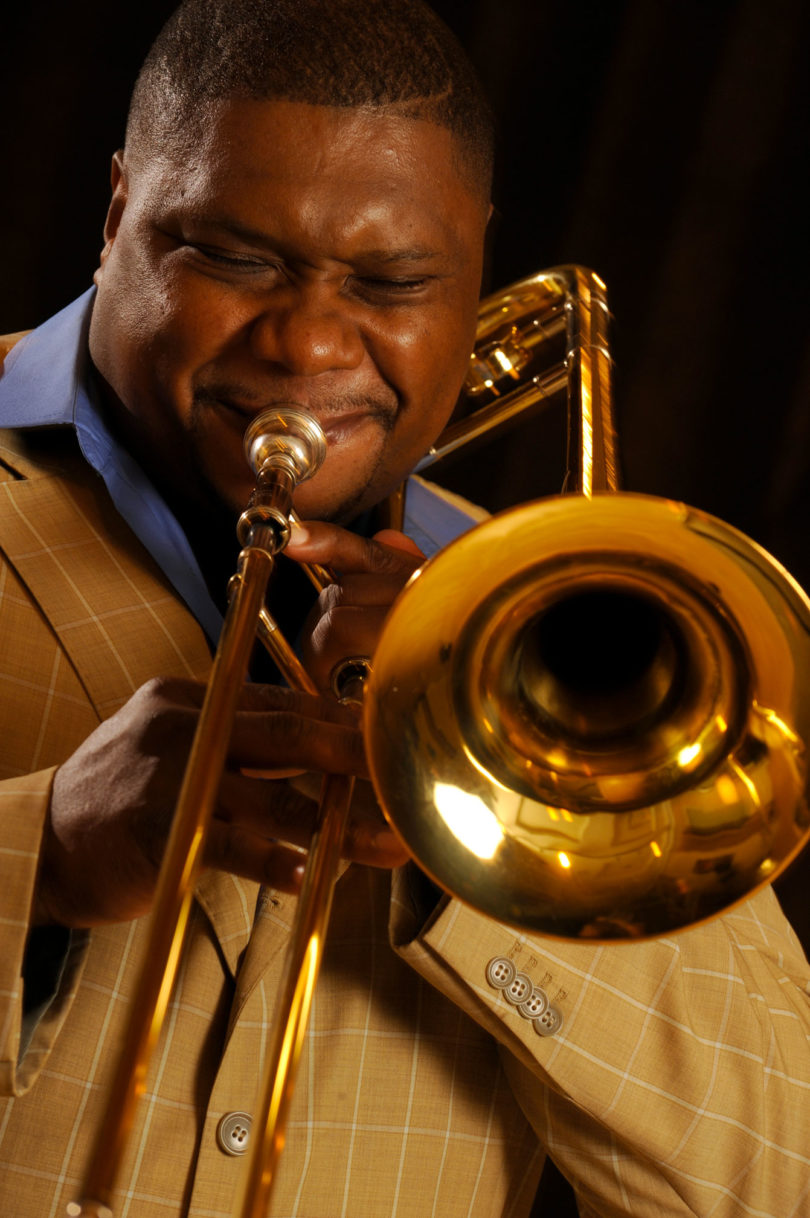 Athens, Ga. – The University of Georgia Performing Arts Center will present internationally renowned jazz musician and Georgia native Wycliffe Gordon and his quintet on Jan. 23 at 8 p.m. in Hodgson Concert Hall. Their “Hello Pops!” concert is a tribute to the legendary Louis Armstrong.

Gordon has earned a reputation as one of the top trombonists of his generation, winning the Jazz Journalists Association Award for Trombonist of the Year in 2001, 2002, 2006, 2007 and 2008. The New York Times commented, “Wycliffe Gordon can outperform nearly anyone playing jazz.”

Gordon is a former veteran member of the Wynton Marsalis Septet and Lincoln Center Jazz Orchestra and has been a featured guest artist on Billy Taylor’s Jazz at the Kennedy Center series. When speaking about Wycliffe Gordon, Wynton Marsalis says, “Just his presence is a creative experience.”

Born in Waynesboro, Gordon was first introduced to music by his late father, Lucius
Gordon, a classical pianist and teacher. When he was 12, Gordon’s interest in the trombone was sparked by his elder brother who played the instrument in the junior high school band. A year later, an aunt bequeathed the Gordon family her jazz record collection, which led to Gordon’s passion for jazz music.

In “Hello Pops!” the quintet performs music made popular by Armstrong. In his notes to the recently released CD of the show, Gordon writes, “We cover the music of Louis Armstrong that had the most influence on me as a jazz musician. From the Hot Fives through the All Stars (plus a few originals) this is a complete look at the music from the man we love and call ‘Pops.'”

George Foreman, Performing Arts Center director, and Joshua Bynum, assistant professor of trombone, will hold a pre-performance talk 45 minutes prior to the show.

The performance underwriters are Brad and Vera Tucker.