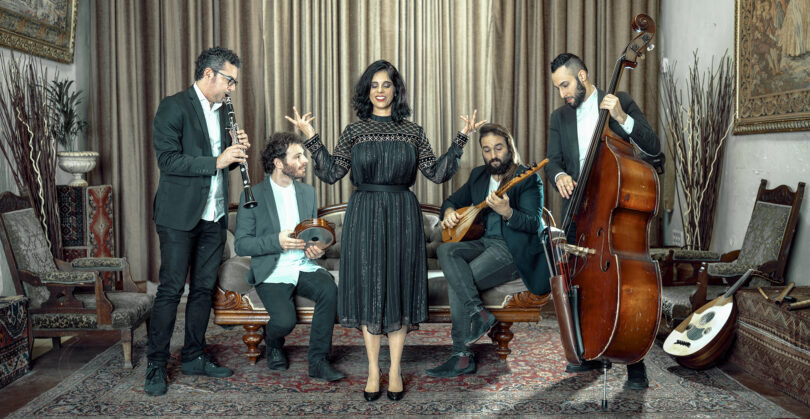 The Yamma Ensemble will take the Performing Arts Center stage on Sept. 22. (Photo by Zohar Ron)

Over thousands of years of Jewish migration, communities have developed distinctive musical styles. The Yamma Ensemble, Israel’s foremost world music group, performs both ancient and modern Hebrew music from throughout the Jewish diaspora. The group makes its Athens debut on Sept. 22 at 7:30 p.m. at the Hugh Hodgson Concert Hall. A pre-concert talk begins at 6:45 p.m. Tickets start at just $25, and UGA student tickets are only $10.

“So, what is the secret of Yamma that catches so easily the ear of thousands of listeners all over the globe?” the ensemble’s website asks. The music is rare, esoteric, niche and played with ancient instruments (duduk, ney, kopuz, oud, shofar) and creates the feeling of ancient times and a strong sense of spiritual heritage and tradition although the materials are sometimes original and contemporary.

“The sound, the performance, the selection of the materials and the moving arrangements took this music far beyond any expectation of the ensemble members. Without special plans, the ensemble became global and international, yet managed to remain authentic, local and loyal to the region in which it developed and was born,” according to the website

The ensemble’s visit to Athens includes a Piedmont Athens Regional Performance for Young People on  Sept. 23 at 10 a.m.; for more information, call 706-542-2634. Yamma will also give a public workshop in Ramsey Concert Hall on Sept. 22 at 12:45 p.m.; admission is free without registration.

Aviv Bahar specializes in string instruments. He was born and raised at Kibbutz Afek and Kibbutz Yodfat. Self-taught, he specializes in folk string instruments from the East: kopuz, oud, sitar. He has been composing and arranging since early childhood and is influenced by Persian, Kurdish and Turkish music. He has collaborated with masters of Middle Eastern music in Israel (Diwan Saz, Mark Eliyahu, Amir Shahasar). He has also released two albums of original Hebrew pop mainstream music with his musical partner, cellist Hadas Kleinman.

Sahar David plays Middle Eastern percussion including darbuka, daf, cajon and frame drums. He was born and raised in Ashqelon. His major music influences come from Moroccan, Turkish and Yemenite music. David plays in the Israeli National Andalusian Orchestra of Ashdod as a ney player and plays a wide variety of instruments including guitar, piano, and flutes. He also sings. In addition to music, David has worked in the Israeli wildlife hospital.