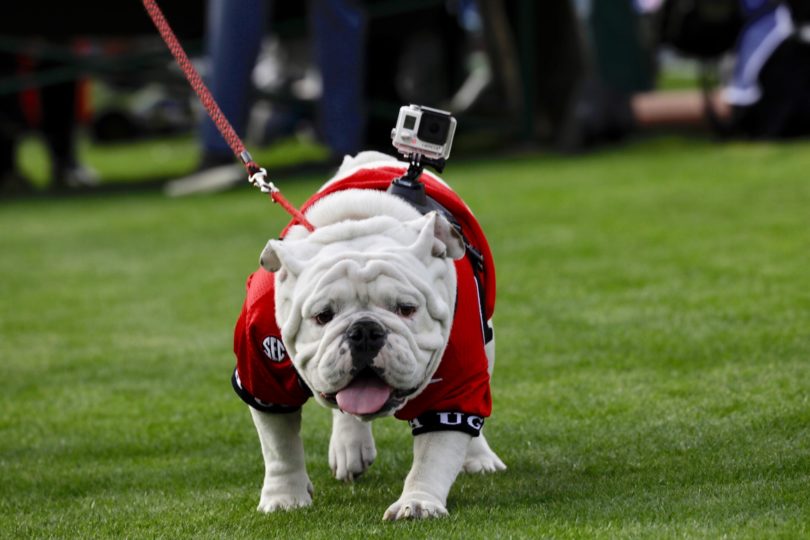 UGA alumni, faculty and staff reflect on the 1980 national championship.

It’s been a long wait — 37 years to be exact — for University of Georgia football fans longing for another national championship, and the excitement on campus has reached a peak ahead of Monday’s game against Alabama.

But for many long-time fans, this trip to the big game inspires a wave of nostalgia about UGA’s storied 1980 season that culminated in a win over Notre Dame at the Sugar Bowl on New Year’s Day, 1981.

“I’ve never been a part of anything like that before or since,” said Ruth Davis, a UGA alumna who currently runs the university’s monoclonal antibody laboratory.

She and her undergraduate roommate drove to New Orleans in a Datsun B210, the first road trip they’d ever made without their parents. They hit a deer less than an hour into the drive, a detail they kept to themselves until they arrived safely in New Orleans, because they were afraid their parents would make them come home.

“It’s kind of fun to be on campus this year, and I hope the kids will catch the enthusiasm, because like I told my momma and daddy, this is once in a lifetime chance,” she said.

[Bulldog Fans Remember 1980 Championship from University of Georgia on Vimeo.]

When Trey Bliss and his sister woke up on Christmas morning in 1980, his parents gave them bowls of sugar with spending money tucked inside, a subtle hint that the family was making the trip to New Orleans.

Bliss, who later graduated from UGA with a degree in banking and finance, is a die-hard fan who has not missed a home game since 1976, but the national championship game holds a special place in his memory.

“We were in the upper decks, so we didn’t have the opportunity to storm the field like so many did, but it was almost more fun to sit there and watch everybody down on the field,” he said. “There were people crying, people hugging, every emotion you can have. It was the first time almost any Georgia fan had experienced it, so the emotions ran deep.”

Charles Davis, the current dean of the Grady College of Journalism and Mass Communication, was a 16-year-old high school student when the Dawgs beat the Irish, and he joined the masses on UGA’s North Campus to celebrate and ring the chapel bell.

But Davis, who received a master’s degree from UGA, also reflected on how much UGA has changed as an institution.

“The biggest difference between my days here both as a youngster growing up in Athens and then as a student at the University of Georgia in grad school in the later ’80s to today is the rise of the university as an academic institution,” he said. “It is on a meteoric growth chart not in terms of just enrollment but I mean excellence. I’m not sure there is a public institution in America that has improved as much as the University of Georgia in a 25-year span.”

“One of the most outstanding things about being at the University of Georgia is that we have a world-class athletic program, but we’re also a top 20 public institution,” he said. “We’re also the birthplace of public higher education in the nation as well, and so I don’t think a lot of people realize the legacy and heritage of our academic strength here; it was one of the things that attracted me here from NASA.”

That commitment to excellence, which extends from the gridiron to the classroom, is what many fans hope will help bring the championship trophy back to Athens.

And Ruth Davis is already making preparations. She purchased a national championship car tag in 1981, which she kept bolted to the front of her 1977 Buick Skylark for years.

“When I sold it, I told the guy ‘I’ve got to have that tag back,’” she said. “What I am waiting on is a chance to put it on my Mustang this year, so come on, Dawgs, let me get this tag back in circulation.”