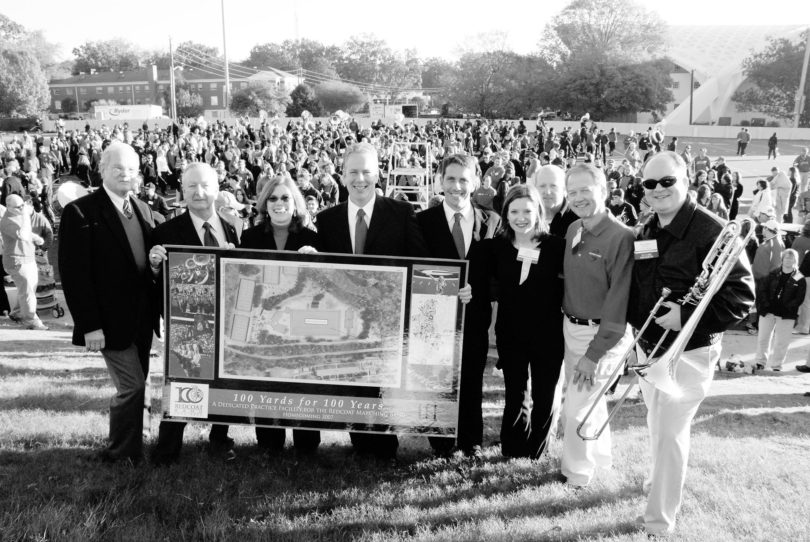 The Redcoat Marching Band’s Alumni Association has started a campaign to raise $1 million for a dedicated permanent practice facility. The facility will be on the south side of the Intramural Fields in the vicinity of fields 8 and 9 near the tennis courts. The association began planning the drive in 2005–the band’s 100th anniversary–and officially  kicked it off during the annual Redcoat Alumni Band reunion held as part of Homecoming this year on Nov. 3. Displaying an architect’s rendering of the proposed site are (from left) Don Lowe, director of the Hugh Hodgson School of Music; Provost Arnett C. Mace Jr.; Garnett Stokes, dean of the Franklin College of Arts and Sciences; John Lynch, director of UGA bands; Tom Keck, interim director of the Redcoat Band; Laura Stanley, president of the Redcoat Band Alumni Association; Jeff Delk, director of development for the Hodgson school; Lee Butts, treasurer of the Redcoat Band Alumni Association; and John Colgrove, chair of the association’s development committee.