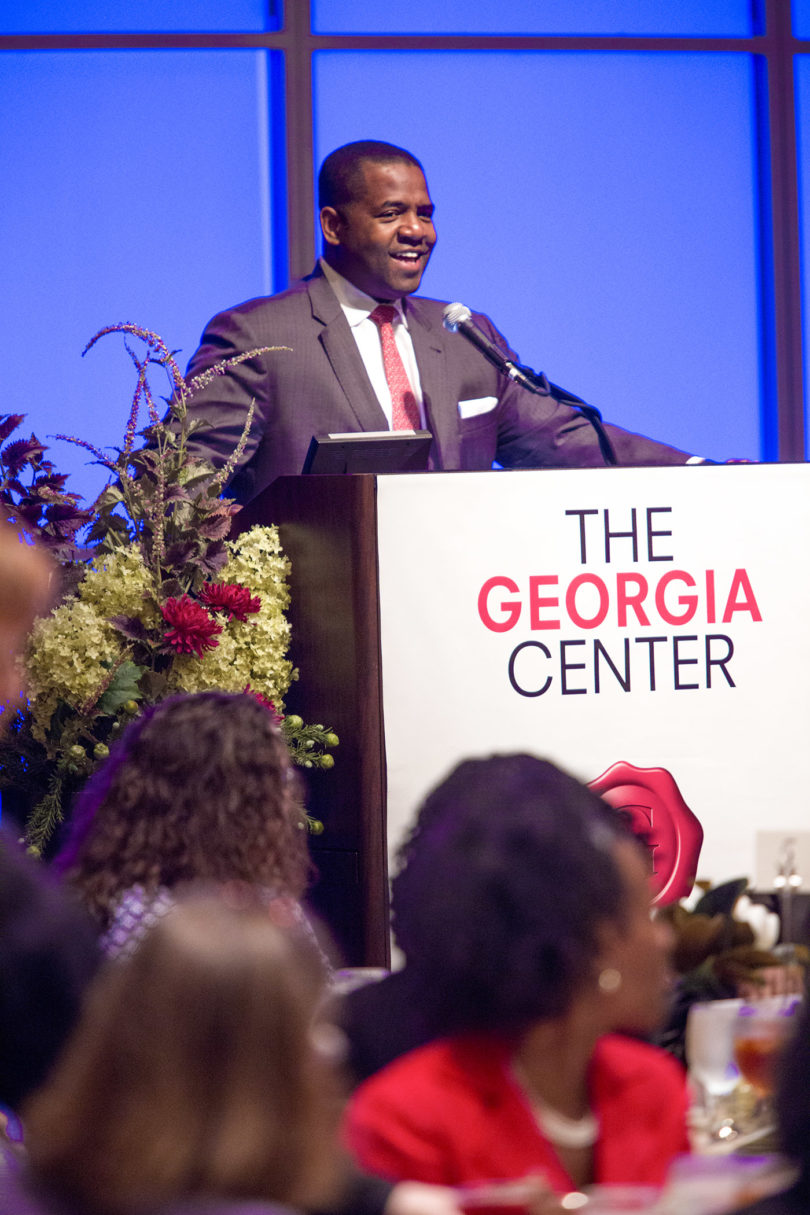 The speaker for the Black Faculty and Staff Organization’s Founders’ Award Scholarship Luncheon was familiar with the organization and its mission well before being asked to give the keynote address. Ceasar C. Mitchell, president of the Atlanta City Council, had received an award from the campus organization while he was a student at the UGA School of Law (he received his Juris Doctor in 1995).

“I still have the plaque from the graduate student award,” Mitchell said during the Sept. 30 event. “That award gave, and really still is giving me, a sense of pride and a sense of accomplishment. At the time, it really gave me a sense of affirmation; it allowed me to believe in myself.”

The 12th annual luncheon was a fundraiser as well as an opportunity to recognize UGA students who are the 2014 recipients of the Founders’ Award Scholarships. The undergraduate recipients are Ashley McCray and Charles King. Dorothy Charles and Temilola Salami are the graduate recipients. Aimee Shin is the professional student scholarship recipient.

This year, a new award was added, the Myron G. Burney Service Award. Burney served as BFSO president at UGA from 2003 to 2005. He died in a car accident in July; he was 38. The award honors a student who has demonstrated outstanding leadership in the community. The inaugural recipient is Johnelle Simpson.

Mitchell told the audience of faculty, staff, students, administrators and community leaders that recognizing students with scholarships will only help them.

“Scholarships like the ones being awarded at this luncheon can be the difference in a student’s and his or her family’s decision to enroll at this university and to be able to remain and graduate from this university,” he said.

Mitchell said that organizations like BFSO have the power to bring together people from all backgrounds to “empower, educate and push forward young people who are students.

“An organization like the Black Faculty and Staff Organization is really in a position to remind us that we can have very different views, very different backgrounds, very different perspectives, and all those things have value,” he said. “These values can coexist without pushing another value off the table or out of the round.”

“At the University of Georgia, we have created a culture where each student, faculty and staff member is recognized to play a vital part in this body of individuals who are working toward creating a better society,” he said.