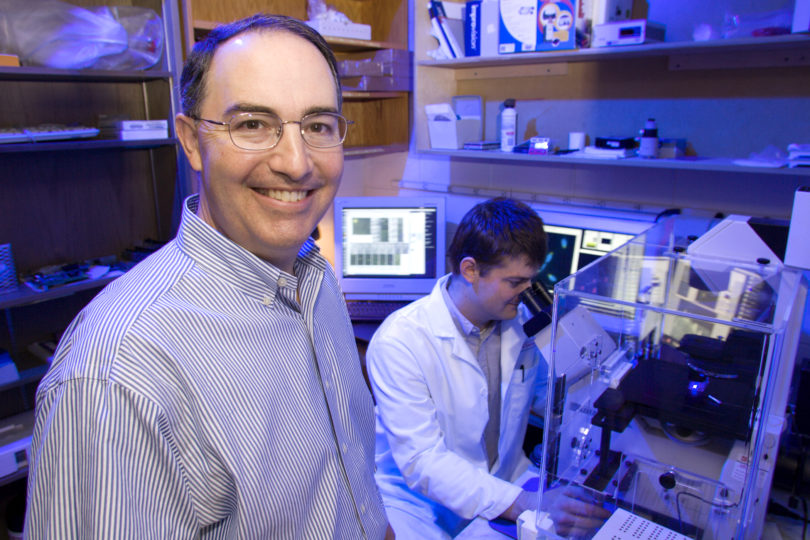 Athens, Ga. – Researchers at the University of Georgia have received a five-year, $1.9 million grant from the National Institutes of Health to study the bacterium Mycoplasma pneumoniae, the leading cause of pneumonia in older children and young adults.

A fundamental goal of the new research project is to better understand how the bacterium eludes the immune system and common antibiotic treatment, which can often lead to persistent infection or life-altering conditions like asthma and chronic obstructive pulmonary disease.

“These bacteria have evolved to live in the human respiratory tract and have developed ways to avoid the natural defenses that keep us safe,” said Duncan Krause, principal investigator for the project and professor of microbiology in UGA’s Franklin College of Arts and Sciences. “We want to understand the chemical features of Mycoplasma pneumoniae and the conditions inside the human body that cause these persistent infections so we can one day develop more effective treatments.”

Krause and his team of collaborators are particularly interested in how M. pneumoniae moves within human airways. M. pneumoniae travels like a rock climber, attaching and releasing chemical bonds as it traverses human tissues one foothold at a time. Eventually, the bacteria reach areas of the respiratory tract where new chemical bonds allow it to stick and multiply, leading to infection and illness.

The research team will examine the molecular features of both M. pneumoniae and the surface of the human airway to determine why they glide over certain areas and are static on others.

“The human airway is lined with complex sugar molecules called glycans that contribute to the chemistry of mucus membranes in those tissues,” said Krause, who is also director of UGA’s Faculty of Infectious Diseases. “The differences in these glycans may be the key to understanding how and where M. pneumoniae moves and why it causes these chronic infections that are so difficult to treat.”

By placing the bacterium in this microbial obstacle course, the researchers can observe changes in M. pneumoniae gliding behavior as it travels over different densities of sugar molecules.

The team will use advanced microscopy techniques to carefully analyze the bonds created between the bacterium and the various sugar molecules in the specially engineered dish.

“As it moves, M. pneumoniae must repeatedly bind and let go of these glycans,” Krause said. “But the chemical bonds between the bacterium and certain sugars may be too strong for it to move, and that may explain why it tends to localize in certain parts of our airway.”

Following these experiments, the researchers will employ a model that uses real epithelial cells, which they can grow in a dish to mimic human bronchial airways. The team will compare observations about the bacterium’s behavior on these lab-made models with actual lung tissue acquired from autopsies.

“We can analyze the glycans on human lung tissues to ask if we see similar patterns in our model systems,” Krause said. “We’re trying to connect the dots beginning with a synthetic model and moving all the way to actual airway tissue.”