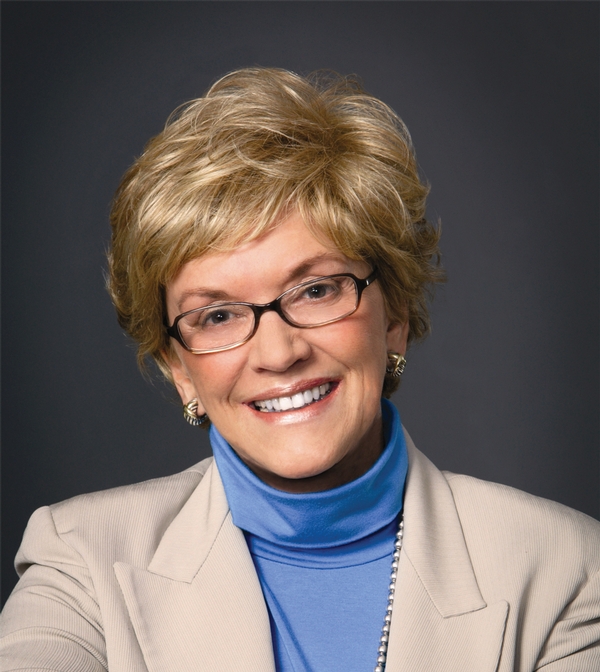 Jo Luck will be the keynote speaker at the 2011 D.W. Brooks Lecture at UGA.

Jo Luck, 2010 World Food Prize laureate and former president and CEO of Heifer International, will be the keynote speaker at the annual D.W. Brooks Lecture on Oct. 4 at 11 a.m. in Masters Hall of the Georgia Center for Continuing Education Conference Center and Hotel.

Luck’s will speak on “How a Goat Named Mugisa Transformed the Life of an African Girl.”

Under Luck’s leadership, Heifer International grew its budget from $7 million to more than $130 million. This was done primarily through Luck’s introduction of the Heifer International Gift Catalog, in which individuals can purchase livestock for poor families around the world.

The global organization works to end poverty and hunger by providing families with income-providing animals. Since 1944, Heifer International has helped more than 70.5 million people in more than 125 countries.

Luck’s efforts earned her the honor of being named co-winner of the 2010 World Food Prize.

She shared the honor with David Beckmann, head of Bread for the World. The World Food Prize is the foremost international award that recognizes the achievements of those who have advanced human development by improving the quality, quantity and availability of food in the world.

The lecture will precede the presentation of this year’s D.W. Brooks Faculty Awards for Excellence. The awards are given annually to faculty members in the College of Agricultural and Environmental Sciences who excel in teaching, research, extension and public service.

The awards were established in 1981 to recognize excellence in the college’s teaching program. In 1983, it expanded to include research, extension and county extension programs. An award for global programs was added in 1988 and is presented in alternate years.

The lecture and awards are named for the late D.W. Brooks, the founder of Gold Kist Inc. An adviser to seven U.S. presidents on agriculture and trade issues, Brooks also started Cotton States Mutual Insurance Companies in 1941 to provide insurance for farmers.