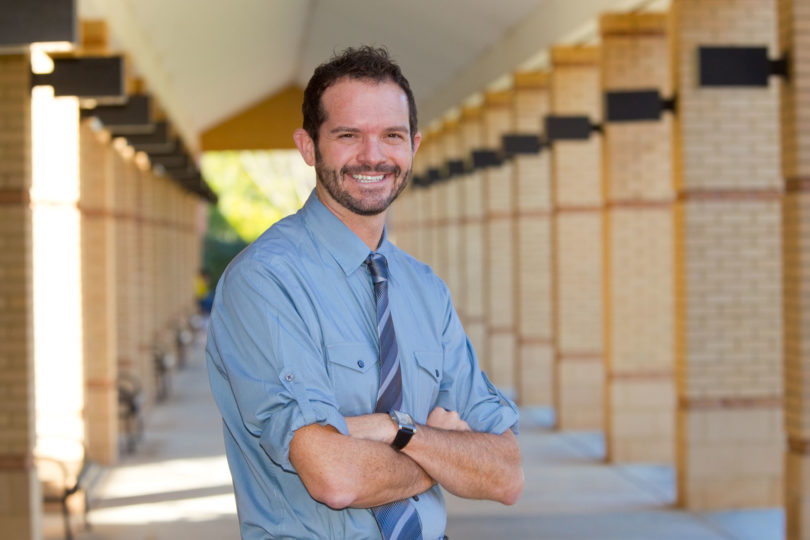 Corey Johnson is co-founder of the Georgia Safe Schools Coalition

As an associate professor of counseling and human development services in the College of Education, Johnson’s work often sheds light on troubling facts about the inequality experienced by lesbian, gay, bisexual, transgender and queer youth that he and his colleagues couldn’t ignore.

“Kids are being bullied in schools and in some instances, taking their own lives and that made us think, ‘We can’t sit around and do nothing anymore.’ We knew our research would make it into the academic journals, but how could we make a more immediate difference? We hear from school counselors, teachers and youth development professionals every day who want to do the right thing for youth. We needed to do something that materialized as action within our immediate communities,” Johnson said.

That need for action led him and colleague Anneleise Singh, an assistant professor in counseling and human development, to found the Georgia Safe Schools Coalition, a collective of individuals and organizations that seek to create safer environments for all youth in school.

Since its inception in 2009, the group has produced two documentaries and distributed more than 500 resource binders to schools across the state of Georgia.

“What we’ve learned is that in today’s world, people would rather watch a documentary than read the research. So why not do both?” Johnson said. “And we know that adults in the community will react when they hear a young person say on film that they’re struggling or hurting and that this is what the school can and should do to change the environment.”

Johnson also lends his time to the Division of Student Affairs as a faculty mentor for students active in the LGBT Resource Center and devotes time and energy to  UGA groups like GLOBES. He also is a community activist and organizer working with AIDS Athens, Boybutante AIDS Foundation and Georgia Equality. For these efforts, he was recently awarded the 2012 President’s Fulfilling the Dream Award.

It honors individuals from the university and the community who are committed to furthering Martin Luther King Jr.’s goals of equality and justice for all.