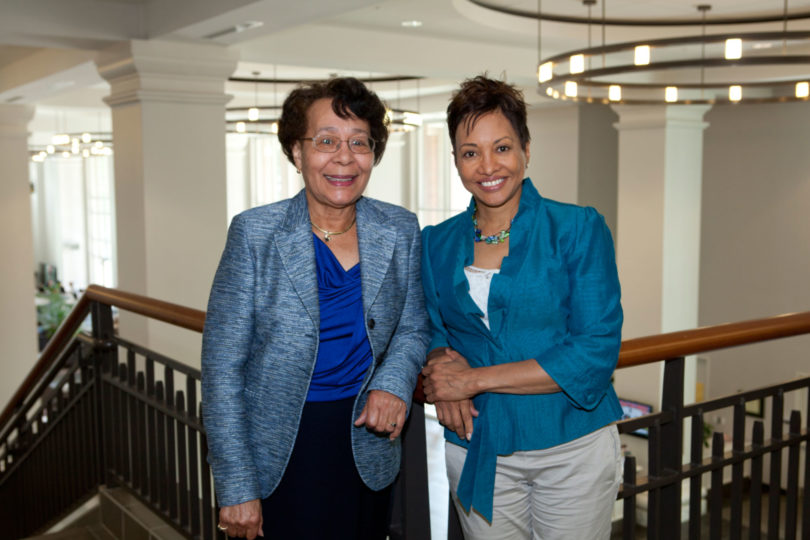 It’s not race, but class that our nation has a hard time discussing, Pulitzer Prize-winning journalist and UGA visiting professor Cynthia Tucker told a crowd at the 12th annual Mary Frances Early Lecture on April 4.

“I will never tell you that racism has been eradicated in this country. The Trayvon Martin case is a tragic reminder that it has not,” she said. “But I will tell you that it’s a shadow of its former self, and that race and class are no longer as intertwined as they used to be. The good news is that race is no longer the major predictor of whether a child will be poor, working-class or affluent. The not-so-good news is that class determines those things, and we have not yet understood that.”

Tucker, who also serves as the Charlayne Hunter-Gault Writer-in-Residence in the Grady College of Journalism and Mass Communication, served as editorial page editor for the Atlanta Journal-Constitution for 17 years. She maintains a syndicated column, published in dozens of ­newspapers around the country.

The lecture honors Mary Frances Early, the first African-American student to earn a degree from UGA, and her legacy. This year’s lecture marks the 50th anniversary of her graduation with a master’s degree in music education in 1962. She completed her specialist in education degree in 1967.

Tucker used the opportunity to start a dialogue about class in America, something that she said doesn’t garner enough attention in politics and the media. The discussion is vital to the country’s future prosperity, she said.

“We have not understood how much the economy has changed, that students graduating from high school can no longer walk out with a diploma and get a good job paying middle class wages in a factory. Those jobs are rapidly disappearing,” she said.”We don’t understand how much the college admissions process has changed. SAT scores are rising more and more, and admission to schools like the University of Georgia is very competitive. I’ve heard more than one Georgia legislator say he is not sure he could get into UGA today,” she said.

“We don’t understand class, and we don’t have a language for discussing it yet,” Tucker also said. “If we did, there are remedial actions that we could take to change the outcomes for children whose parents don’t read them bedtime stories, take them to Mandarin classes or send them to summer camps. But first we have to understand that class matters.”