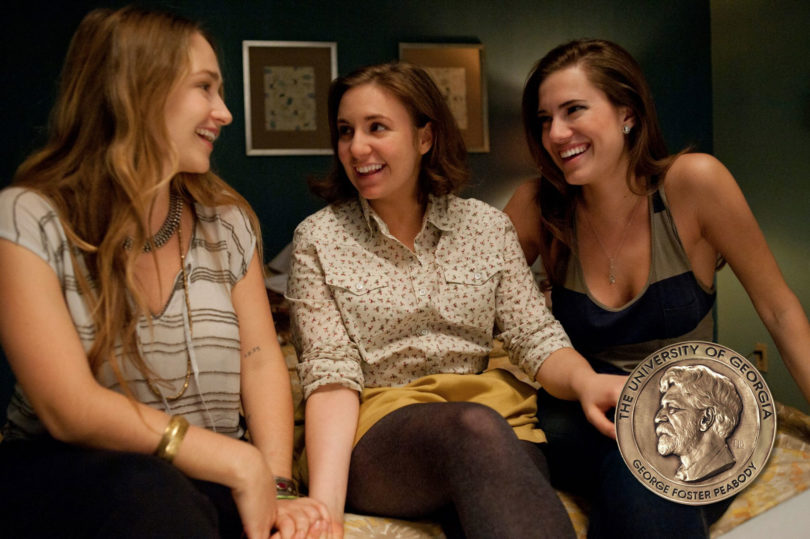 Lena Dunham's HBO comedy-drama "Girls" was one of the recipients of a 2012 Peabody Award. The show looks at the assorted humiliations and rare triumphs of a group of girls in their early 20s who live in New York.

Thirty-nine recipients of the 72nd annual Peabody Awards were announced March 27 by the Grady College of Journalism and Mass Communication. The winners were chosen by the Peabody board as the best in electronic media for 2012.

The latest Peabody recipients reflect diversity in content, genre and sources of origination.

“Our list of Peabody recipients for 2012 demonstrates the range of superb work,” said Horace Newcomb, director of the Peabody Awards. “From local to national to international, from radio to television, broadcast to cable to Web, the Peabody sets the goals for every type of media production. We’ll continue to do this, no matter how the world of electronic media develops.”

Winners include Girls, Lena Dunham’s HBO comedy-drama about the young and the feckless in New York; Rapido y Furioso (Fast and Furious), Univision’s Mexican perspective on the Bureau of Alcohol, Tobacco, Firearms and Explosives’ gun-tracking debacle; and Real Sports with Bryant Gumbel, a magazine series that springboards from athletics.

Other entertainment winners included the FX series Louie, comedian Louis C.K.’s take on being a single, showbiz dad; Southland, TNT’s drama about Los Angeles police; Inside the National Recording Registry, a series of radio documentaries about recorded music chosen for inclusion in that archive; and Switched at Birth, an ABC Family drama whose multicultural elements include major characters who are deaf.

News winners also included two 60 Minutes segments that demonstrated the show’s range. “Deception at Duke” dug deep into allegations of fraud in a Duke University doctor’s cancer-cure research findings. “Joy in the Congo” celebrated the emergence of a homegrown symphony orchestra in a war-ravaged African republic.

ABC News’ coverage of “Superstorm Sandy” was honored with a Peabody, as was CNN’s “Coverage Inside Syria and Homs 2012.” NPR’s coverage of Syria’s descent into chaos by Deborah Amos and Kelly McEvers also was a winner.

The two websites receiving Peabody Awards demonstrate the breadth of styles and content that this medium can accommodate. SCOTUSblog is a treasure trove mostly of text-archival material, updates, analysis-about the daily and historic workings of the Supreme Court, while “Snow Fall: The Avalanche at Tunnel Creek,” on The New York Times‘ website, explored the cause and toll of an avalanche in Washington state primarily through spectacular graphics and aerial video.

“Reviewing submissions for Peabody consideration is a truly exciting process,” Newcomb said. “Producers and organizations send us their best work from the previous year. It is an astonishing array of outstanding media accomplishment. From this array, we must select the ‘best of the best.’ It’s not always easy, but it always demonstrates the meaning of true excellence in electronic media.”

The 39 Peabodys formally will be presented at a luncheon ceremony May 20 at the Waldorf-Astoria in New York. Scott Pelley, anchor of The CBS Evening News, will be this year’s emcee.

The Peabody Awards, the oldest in broadcasting, are considered among the most prestigious and selective prizes in electronic media. The Peabodys recognize excellence and meritorious work by radio and television stations, networks, webcasters, producing organizations and individuals.