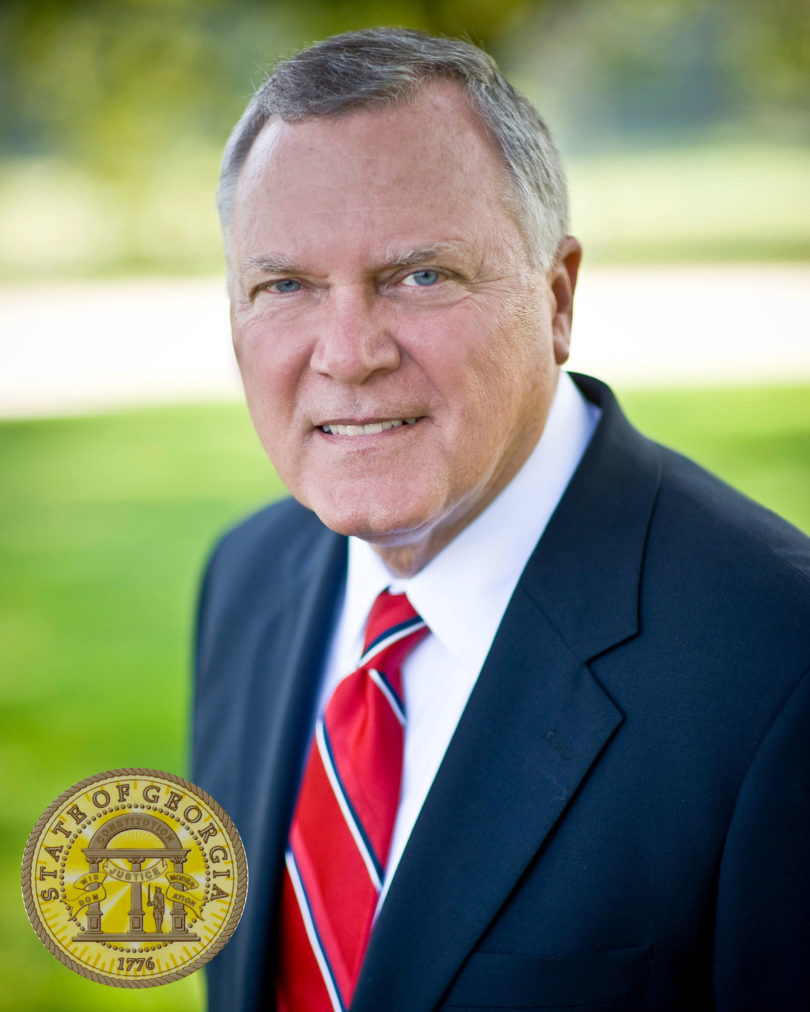 Georgia Gov. Nathan Deal will deliver the Commencement address at the spring undergraduate ceremony on May 11 at 7 p.m. in Sanford Stadium.

Lindsay R. Boring, UGA alumnus and director of the Joseph W. Jones Ecological Research Center at Ichauway in southwest Georgia, will speak at the graduate Commencement exercise earlier in the day at 10 a.m. in Stegeman Coliseum.

“Spring Commencement is one of the most important institutional events at the university, and we are pleased to have two distinguished speakers to help celebrate the accomplishments of our graduates,” said UGA President Michael F. Adams. “Gov. Deal’s acceptance of the invitation to speak at the undergraduate ceremony is a great honor, and I know that he will bring an inspiring message for the Class of 2012. Dr. Boring’s extensive research into forest ecology resonates with the work of the Eugene P. Odum School of Ecology, the Daniel B. Warnell School of Forestry and Natural Resources and many other departments and units at the University of Georgia. I look forward to his remarks at graduate Commencement.”

As Georgia’s 82nd governor, Deal has roots firmly planted in the state. Born in Millen to parents who were career educators, Deal grew up in Sandersville. He attended Mercer University in Macon, where he earned his undergraduate and law degrees with honors. While in college, he joined the U.S. Army and earned the rank of captain.
Deal’s career includes 23 years in private law practice. His public service includes work as a criminal prosecutor, a juvenile court judge, 12 years in the state Senate and nine terms in the U.S. Congress. While in the Senate, he was elected president pro tem, the highest-ranking senator. In Congress, he served as chairman and ranking member of the subcommittee on health and was considered an expert on health care issues and a leader in immigration reform.

As director, Boring leads the conservation, research and educational programs of the Ecological Research Center, which is sponsored by the Robert W. Woodruff Foundation. The programs include the stewardship of the 30,000-acre Ichauway site; graduate student co-sponsorship programs; natural resource education and outreach to landowners, students, policymakers and public agencies; and five long-term research projects with a 40-member research staff.

Boring’s personal research interests include topics in forest ecology related to forest management, such as fire ecology, productivity and biogeochemical cycles. He has published more than 40 journal articles, advised graduate students, served on 50 graduate advisory committees, served on numerous conservation and research advisory boards and is a member of the UGA Graduate School Board. He currently serves as an adjunct associate professor and graduate faculty member in UGA’s Odum School and Warnell School, and at the University of Florida.

Commencement ceremonies will be held for students who are anticipated to complete degree requirements at the end of the spring 2012 semester. Both ceremonies will be broadcast live on channel 15 of the university and Charter cable systems and streamed live at www.uga.edu.