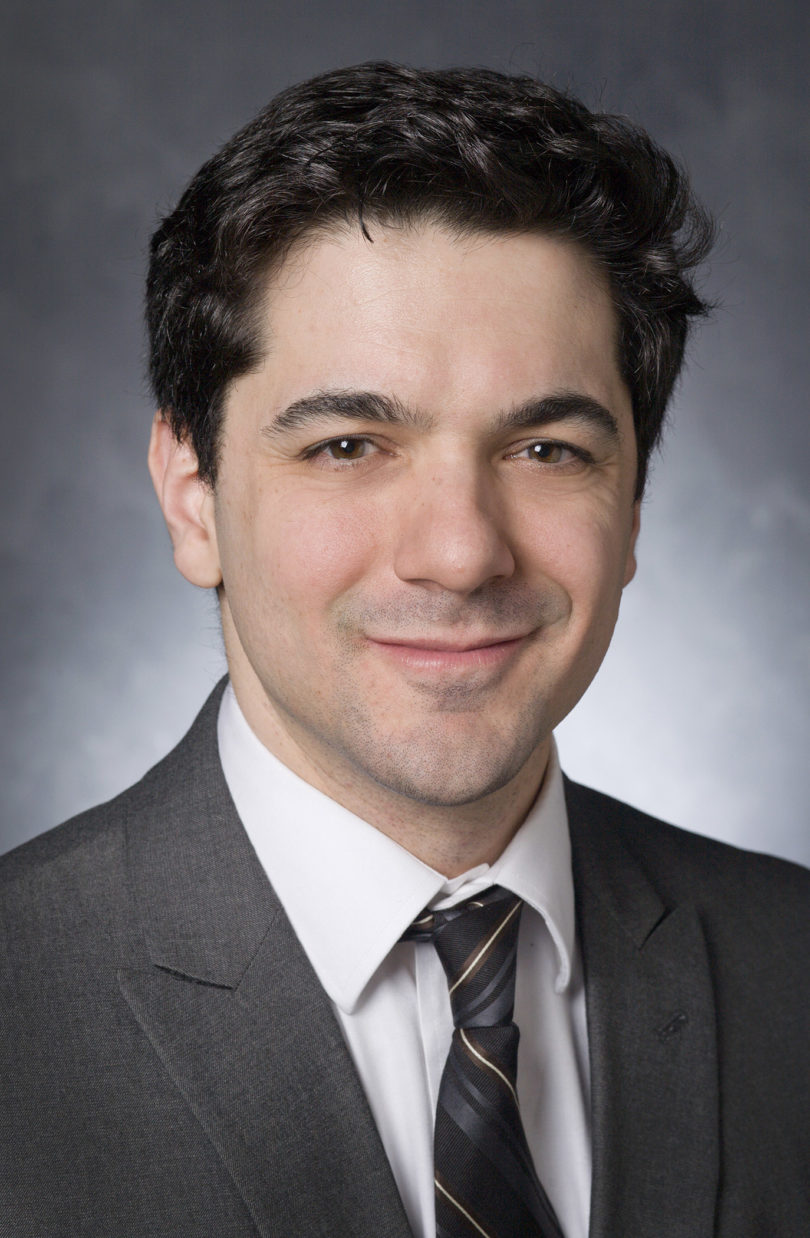 Three UGA faculty members have been named recipients of the Richard B. Russell Award for Excellence in Undergraduate Teaching, the university’s highest early career teaching honor.

The awards are administered annually by the Office of the Senior Vice President for Academic Affairs and Provost and are named for Richard B. Russell, the university alumnus and long-serving senator from Georgia. Each awardee receives $5,000 from the Russell Foundation, which established the awards in 1991.

“Outstanding faculty are the foundation of great universities, and UGA is fortunate to have professors such as these on our campus,” said Pamela Whitten, senior vice president for academic affairs and provost. “The nomination letters submitted on their behalf make it abundantly clear that they have had a remarkable impact on their students and on the institution as a whole.”

Madonna joined the UGA faculty in 2008 and teaches courses in American politics. His students consistently praise his enthusiasm and use of current events to engage them. One student described Madonna as “in love with the material,” while another wrote that at the end of the semester “I am sorry to have to see (the class) come to a close.”

Madonna has worked with the Center for Undergraduate Research Opportunities to develop and teach courses in which students engage in data collection and have opportunities to co-author articles in refereed journals and present at academic conferences. He has supervised 23 student internships and spent the 2012-2013 academic year working for the Congressional Research Service as an American Political Science Association Congressional Fellow.

As a graduate student at Washington University in St. Louis, Madonna won the Dean’s Award for Teaching Excellence. In his first year at UGA, he was recognized by the Student Government Association with an Arch Award. He won the political science department’s Susette M. Talarico Award for Excellence in Teaching in 2010 and again in 2012. In 2011, he was chosen as a Fellow of the Lilly Teaching Fellows Program, a two-year mentoring program sponsored by the UGA Center for Teaching and Learning.

Navarro joined the UGA faculty in 2005 and views teaching as a means to improve the lives of her students and the lives of those they influence. The courses she teaches include international agricultural development, an Honors seminar on fighting hunger and a First-Year Odyssey seminar on poverty.

She has taught courses in a study-abroad program in Costa Rica and regularly integrates service-learning into her classes. Her scholarship focuses on the professional development of higher education faculty.

In addition, she has led the UGA components of multi-state programs funded by the USDA on enhancing the undergraduate curriculum and has conducted similar professional development workshops for faculty in Armenia and Peru. She advises MEDLIFE, a student service organization, and Sigma Alpha, a professional agricultural sorority.

Navarro has won several national and international awards, including the Outstanding Early Achievement Award from the Association for International Agricultural and Extension Education as well as the USDA National New Teacher of the Year Award. Her recognitions at UGA include the President’s Fulfilling the Dream Award, the CAES Early Career Teaching Award, the J. Hatten Howard III Award from the Honors Program and selection to the UGA Teaching Academy.

Schramski, who joined the College of Engineering in 2007, teaches courses on thermodynamics, often considered to be among the most challenging—and frustrating—engineering topics for students. Yet his students consistently credit him with helping them understand the relevance of the material in a way that makes them want to understand it, despite its complex physics and math.

A former student wrote, “thermodynamics is a complex and, in a sense, metaphysical science; it governs everything in nature and everything that has been and ever will be created. Since Dr. Schramski’s classes, it is something that I relate to and think about every day.”

His students have published their work in peer-reviewed journals, presented at national and international conferences and have gone on to obtain graduate degrees from top universities or to diverse positions in the energy industry.

He is the faculty adviser for the Society of Environmental Engineers at UGA, a student group he helped found, and was an invited instructor at Beijing Normal University in China. He is a mentor to students through the Office of Institutional Diversity’s Connections Program and was an adviser through the Louis Stokes Alliance for Minority Participation program.