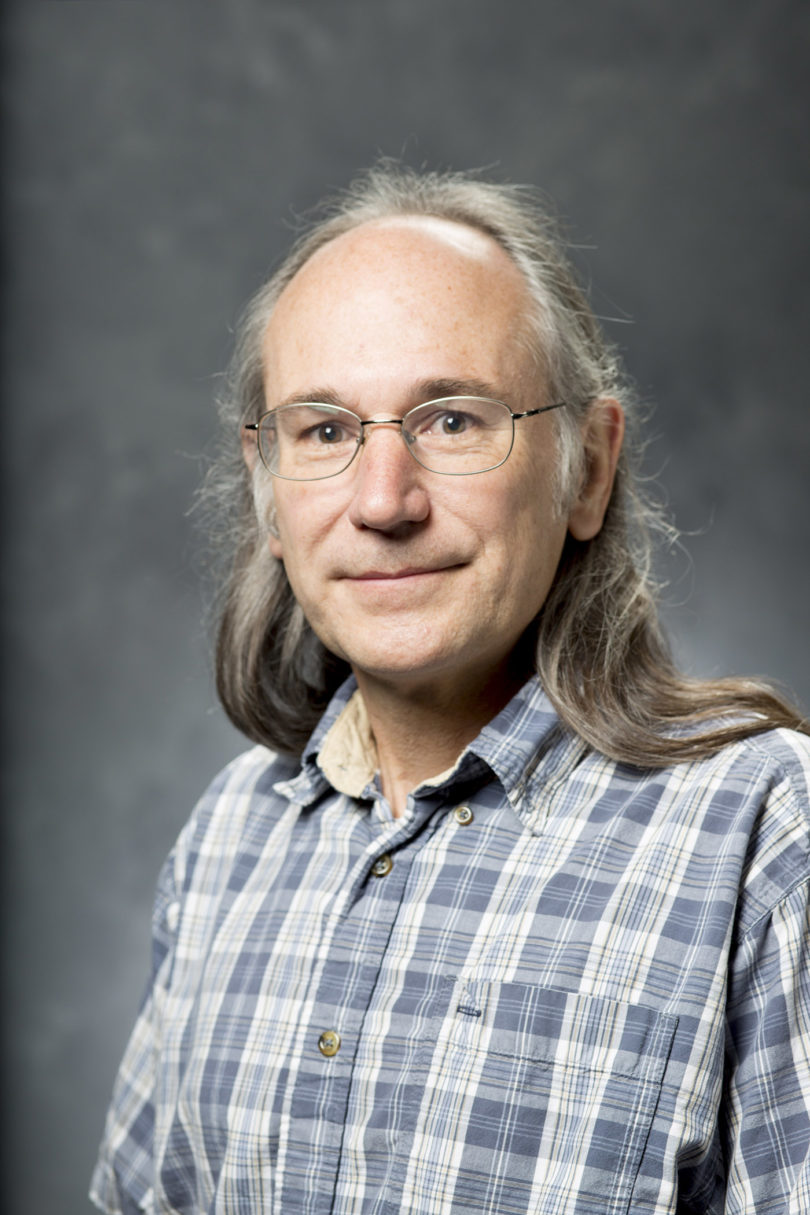 Four UGA faculty members have been named Josiah Meigs Distinguished Teaching Professors, the university’s highest recognition for excellence in instruction at the undergraduate and graduate levels.

In bestowing the Meigs Professorship, the university communicates its commitment to excellence in teaching, the value placed on the learning experiences of students and the centrality of instruction to the university’s mission. Meigs Professors receive a permanent salary increase of $6,000 and a one-year discretionary fund of $1,000. The award is sponsored by the Office of the Senior Vice President for Academic Affairs and Provost.

“Our Meigs Professors demonstrate an enduring commitment to the success of their students,” said Pamela Whitten, senior vice president for academic affairs and provost. “Their reputation for excellence in instruction extends well beyond our campus, and their impact on the lives and career trajectories of students and alumni is incalculable.”

The 2015 Meigs Professors are:

• Malcolm Adams, a professor of mathematics and department head in the Franklin College of Arts and Sciences;

• Mark Harrison, a professor of food science and technology and graduate coordinator in the College of Agricultural and Environmental Sciences;

• Erica Hashimoto, the Allen Post Professor of Law in the School of Law; and

• Cynthia Ward, a professor of small animal internal medicine in the College of Veterinary Medicine.

Adams has helped transform the mathematics curriculum at UGA. He crafted transitional courses to introduce higher-level mathematics to students, incorporated applied mathematics in the undergraduate curriculum and spearheaded the modernization of the department’s offerings in differential equations.

His efforts touch lives across campus from freshmen to graduate students in mathematics as well as students and faculty in other programs such as statistics, computer science and engineering. He also has played a key role in adapting curriculum to meet changing state and national mathematics education policies. Adams is described by colleagues as a patient teacher who anticipates the difficulties in higher-level math courses and gives students the skills to develop into mathematicians.

One former student wrote in a nomination letter, “Dr. Adams has perfected the art of giving guidance rather than answers when asked for help, teaching students how to approach problems rather than how to solve particular problems.”

Adams was the recipient of the Franklin College’s Sandy Beaver Teaching Award in 2001 and the Beaver Teaching Professorship in 2005. He has served on the University Curriculum Committee and other institutional boards as well as national committees dealing with retention issues in mathematics across the country.

Harrison is described by colleagues as an innovator in the classroom who incorporates laboratory and group discussion to apply knowledge and principles to real-world problem-solving situations. In addition to his heavy teaching load, Harrison spends time advising students as the department’s graduate coordinator and Honors adviser as well as adviser to the Food Science Club.

One student wrote in a course evaluation, “Dr. Harrison’s course truly has a real-world approach to get students to actively think about and discuss major food safety issues. I know more than just facts about food microbiology. I can apply the facts.”

In addition to several Outstanding Undergraduate Faculty or Graduate Faculty of the Year awards from the Food Science Club, Harrison has been honored over the years as a Lilly Teaching Fellow, a UGA Senior Teaching Fellow, a member of the UGA Teaching Academy and as the 1997 recipient of the D.W. Brooks Award of Excellence for Teaching from the College of Agricultural and Environmental Sciences. A leader in his field, Harrison received the 2012 Elmer Marth Educator Award from the International Association for Food Protection and the 2013 William V. Cruess Award for excellence in teaching from the Institute of Food Technologists, the most prestigious teaching award in the food science community in North America.

Hashimoto’s teaching ranges from introducing her first-year students to the rigors of the Socratic method to supervising one of the law school’s premier experiential learning opportunities for third-year students, a program she helped create that allows students to brief and argue cases before federal appellate courts.

Besides her work in the classroom preparing students to practice law, Hashimoto works with moot court teams and student organizations. She also helps students find jobs both in her formal role as the faculty clerkship adviser and more informally as a mentor to current and former students.

In nomination materials, one former student wrote of Hashimoto, “She not only teaches her students the rule of law, she inspires them to shape and develop it in a truly meaningful way. Professor Hashimoto’s passion for teaching is nothing short of contagious.”

Hashimoto has been honored in the past as the recipient of the John C. O’Byrne Memorial Award for Significant Contributions Furthering Student-Faculty Relations, a Lilly Teaching Fellow and as the law school’s honorary graduation marshal. She twice earned the C. Ronald Ellington Award for Excellence in Teaching, the law school’s highest teaching honor, and her work has been discussed during oral argument by a U.S. Supreme Court justice and cited by the court.

Ward, who is chief medical officer for the Small Animal Veterinary Teaching Hospital, has dedicated her life to making a difference to students, colleagues say. She not only is engaged in the education of veterinary students but also with undergraduates through First-Year Odyssey Seminar courses and research mentorships and clinical residents in specialty post-graduate training programs.

Ward has been involved heavily in the review of the College of Veterinary Medicine’s curriculum, and she is a co-investigator in a four-year, $1.3 million National Institutes of Health grant to evaluate SYSTEMS (Stimulating Young Scientists to Engage, Motivate and Synthesize).

One former student noted in nomination materials, “Dr. Ward commands the respect of her students by engaging them during lectures, generating enthusiasm for learning, providing support and encouragement in the teaching hospital, and displaying passion for her field and for teaching. Dr. Ward is regularly identified as one of the most influential instructors for vet school students and remains a favorite among graduates.”

Ward has been recognized eight times by graduating classes as an outstanding teacher. She received the Pfizer (Norden) Distinguished Teaching Award, the most prestigious teaching award in the College of Veterinary Medicine, as well as the 2009 National Student American Veterinary Medical Association Award for Excellence in Teaching.

Meigs Professors are nominated by their school or college and chosen by a committee consisting of 12 faculty members, two undergraduate students and one graduate student.