The event is Sept. 14 in the Magnolia Ballroom of the UGA Center for Continuing Education and Hotel. The 6:30 p.m. reception will be followed by dinner at 7:15 p.m.

The Blue Key Honor Society is a national organization whose members are committed to leadership in student life, high scholastic achievement, service to others and citizenship. Established in 1924 at the University of Florida, the organization’s second chapter was established at UGA in 1926. 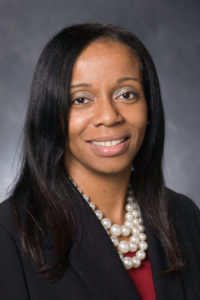 As vice provost for diversity and inclusion and strategic university initiatives at UGA, Cook plans and implements programs that span units across campus while leading the Office of Institutional Diversity.

Prior to being appointed vice provost, she served as associate provost for institutional diversity for six years. During this time, UGA received national recognition for its work in diversity, and the Certificate in Diversity and Inclusion, which is administered by her office, has been commended as a model to emulate.

Cook has played a vital role in elevating the recruitment, retention and success of underrepresented minority students on campus. She is the co-principal investigator on the NSF-funded Peach State Louis Stokes Alliance for Minority Participation program, which has helped quadruple the number of degrees conferred to underrepresented minorities in STEM fields at UGA. She also serves as co-principal investigator for the NSF-funded Bridge to the Doctorate and as principal investigator for a University System of Georgia grant to support the recruitment and academic success of African American male students. 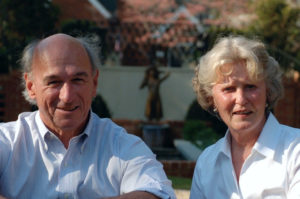 Longtime supporters of the University of Georgia, the Friersons will be the first couple to receive a joint Blue Key Award.

Joe is the managing partner for private wealth management at Merrill Lynch, Pierce, Fenner & Smith Inc., where he has worked for 52 years. He served as a trustee of the UGA Foundation from 1998 to 2014 and chaired the Foundation’s Investment Committee from 2004 to 2014, during which time the endowment investment portfolio expanded from $375 million to $785 million. Joe was a longtime member of the Foundation Fellows Committee and has served as a member of the interview team for Foundation Fellows Interview Weekend for the past decade. In addition, he chaired the Lamar Dodd School of Art Board of Visitors from 2001 to 2011.

Ann is a charter member of the Dean’s Advisory Council for the College of Environment and Design and has been a member of the State Botanical Garden of Georgia Board of Advisors for nearly 30 years. She is a member and former president of the Junior Ladies Garden Club and was involved with the Garden Club of America at the national level from 1984 to 2013, serving as president from 2001 to 2003.

The Friersons are members of the Friends of the Georgia Museum of Art and are loyal supporters of UGA’s study abroad program in Cortona, Italy. In 2015, they received the Jere W. Morehead Award for distinguished service and support of the UGA Honors Program. In 2016, they were named State Botanical Garden of Georgia Giving Tree Tribute Distinguished Honorees. 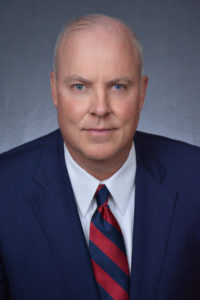 As a partner at the law firm of Quirk & Quirk LLC, Quirk has a general law practice serving businesses and families throughout Georgia. His practice focuses on commercial litigation, real estateand landlord/tenant-related disputes; corporate formation and business transaction matters; loan workout and restructuring for financial institutions; and representation of individuals and privately held businesses. He also is a registered mediator and serves as a special master on case appointments from the court. Based on peer review, Quirk holds an AV Preeminent Rating, the highest level of professional excellence, from the Martindale-Hubbell Rating Service for both legal ability and ethical standards.

Quirk is the past chair of the Board of Trustees for Schenck School, which serves dyslexic students in Atlanta and north Georgia, and he currently serves on the Board of Trustees for the UGA Foundation as the chairman of the Nominating and Trusteeship Committee and a member of the Executive Committee. He is the 2008 recipient of the Jere W. Morehead Award for outstanding service to the UGA Honors Program, having served on the Advisory Board from 2000 through 2012. 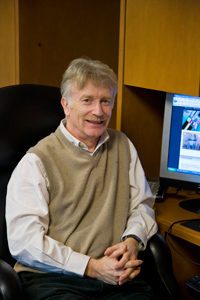 At the CCRC, Darvill also directs the U.S. Department of Energy-funded Center for Plant and Microbial Complex Carbohydrates and was the UGA lead in the DOE-funded BioEnergy Science Center (2007-2018). He was elected a Fellow of the American Association for the Advancement of Science in 2010.

Darvill was the recipient of UGA’s Lothar Tresp Outstanding Honors Professor Award in 2012. In addition, he received the Outstanding Faculty Award of the UGA chapter of the Golden Key National Honor Society in 1995.

Darvill earned his bachelor’s degree in plant biology in 1973 from Wolverhampton University and his Ph.D. in plant physiology in 1976 from Aberystwyth University. 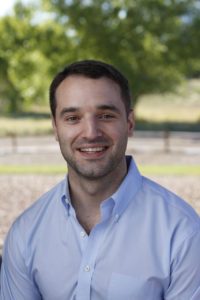 After nearly eight years of service as a Navy SEAL officer, Saddler is transitioning this fall from active duty to the Navy Reserve. His most recent assignment was director of intelligence programs on the National Security Council, where he managed the development, approval and oversight of the nation’s special missions and sensitive activities.

Prior to joining the Navy, Saddler earned graduate degrees in international affairs and Persian studies and worked for the FBI at the National Counterterrorism Center under the FBI Scholastic Honors Internship Program. He is a recipient of the NSEP Boren Fellowship, which sent him to Dushanbe, Tajikistan, to study Persian-Farsi for an academic year. Before his graduate studies, Saddler worked for IBM Corp. in New York City.

While at UGA, Saddler was a Leonard Leadership Scholar in the Terry College of Business, where he earned a bachelor’s degree in economics. He served as Student Government Association president, Interfraternity Council president and was Homecoming king. He is a member of Phi Gamma Delta fraternity and was inducted into Blue Key Honor Society, Gridiron, Sphinx and the Order of the Greek Horsemen.