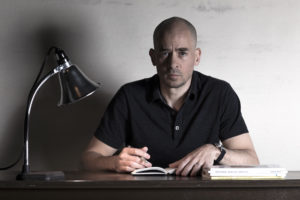 Andrew Zawacki, a professor in the English department of the Franklin College of Arts and Sciences, has gained distinction as a poet, translator, editor and critic.

Since joining the UGA faculty in 2005, he has produced four celebrated books of poetry, numerous chapbooks and limited-edition books, and critical essays in prestigious literary journals and a highly visible Poetry Foundation blog.

He has edited and translated several volumes of contemporary French and Slovenian poetry.

Awarded a National Endowment for the Arts translation fellowship, a Howard Foundation poetry fellowship and many other honors, Zawacki has secured a reputation for his knowledge of European history and poetic forms. 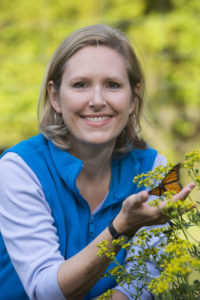 Sonia Altizer, Georgia Athletic Association Professor of Ecology, studies the interactions between animal behavior and the spread and evolution of infectious diseases in wildlife populations.

She has challenged longstanding assumptions that migrating animals suffer from greater parasitism and are sources for the spread of infectious agents. Instead, her research shows that for some animal species, including monarch butterflies, migrations reduce infection prevalence and allow migrants to escape from harmful parasites. Her teams deploy diverse approaches including controlled experiments, field sampling, analysis of citizen science data sets and mechanistic mathematical models.

Most recently, her research asks whether human-caused shifts in some species’ migratory to resident behavior can increase pathogen transmission and diminish health. 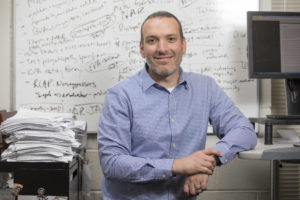 Joshua D. Miller, professor and director of clinical training in the psychology department of Franklin College, has played a leading role in developing, testing and advocating a new model of understanding personality disorders.

Mental health professionals have struggled to treat patients with psychopathy and narcissism. His research helped demonstrate that these personality disorders are “built” from the same five basic components found in “normal” personality and that these disorders represent configurations of these traits that are problematic because of their extremity and/or inflexibility. Many clinicians prefer this approach because it provides more focused tools with greater therapeutic potential. His influential research over the last 15 years helped lay the groundwork for changes in the official Diagnostic and Statistical Manual of Mental Disorders, fifth edition.