Creative Research Medals are awarded for outstanding research or creative activity within the past five years that focuses on a single theme identified with the University of Georgia.

Creative Research Medal in the Humanities and Arts 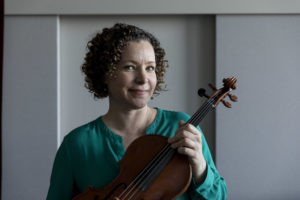 Maggie Snyder, an associate professor of viola in the Franklin College of Arts and Sciences’ Hugh Hodgson School of Music, is an influential champion of contemporary artistic opportunities for her instrument.

She has commissioned five original works for viola from four outstanding composers over the last nine years and further deepened the repertoire through live performance, sharing these works at local, national and international venues.

Her three CDs produced since 2013 contain music for three distinct chamber configurations: viola and harpsichord, viola and piano, and solo viola. These discs feature the works that she has commissioned and premiered, including the most recent, Stunned for solo viola, from Libby Larsen, one of the most celebrated composers of our time.

These recordings, well produced and brilliantly performed, provide insight for all listeners, especially students, into the capabilities and possibilities of the viola as a solo and chamber instrument. 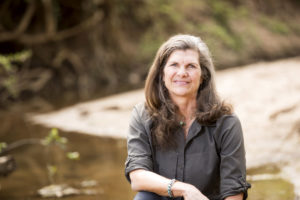 Amy Rosemond, professor of ecology, is known for her studies of the effects of excess nutrients on freshwater ecosystem processes, including those across land-water boundaries.

She was one of the first ecologists to predict that increased nutrient loads could have substantial effects on stream ecosystems beyond algal blooms and include effects on detrital pathways. Her experimental studies tested how elevated nutrients altered rates of detrital processing and affected energy flow in southeastern U.S. forested headwater streams. The studies revealed accelerated losses of detritus and profound changes to stream and stream-forest food web interactions. Rosemond’s whole-stream manipulations are unprecedented both spatially and temporally, offering insights that would not have been possible with experiments at smaller scales.

Her work has practical applications, having been cited by the Environmental Protection Agency as evidence for the need to control both nitrogen and phosphorus in freshwater ecosystems, and provides insights into whole-ecosystem effects of nutrient pollution. 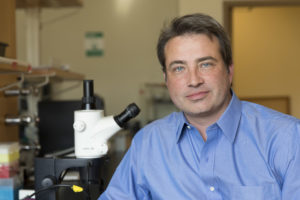 Michael Yabsley, a professor in the Warnell School of Forestry and Natural Resources and the College of Veterinary Medicine, discovered an unexpected pathway of infection for dracunculiasis, also known as Guinea worm disease.

After a successful international GWD eradication campaign, human cases fell from 3.5 million in 1986 to only 25 cases in 2016. In 2013, however, GWD infections were found in a new host, dogs, with further potential for transmission to humans.

Yabsley hypothesized that dogs acquired GWD infections by ingesting aquatic hosts, possibly fish or frogs, which carried the parasite in their tissues. This discovery of possible foodborne transmission, rather than waterborne transmission, allowed policymakers to implement targeted disease prevention strategies for human and canine populations. 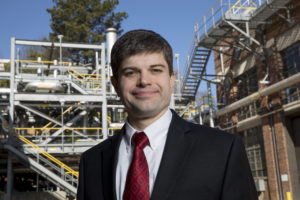 Jamie Monogan, an associate professor in the School of Public and International Affairs, has contributed to the study of environmental policy by uniquely analyzing geographic information.

In April 2017, he and co-authors published a study in the American Journal of Political Science showing that states tend to reap the benefits of industry while forcing neighboring states to bear the cost of industrial air pollution.

Using spatial-based data on wind patterns and manufacturing sites within states and temporal data on site development and changing laws and regulations, he found clear statistical evidence that manufacturers develop sites where their externalities—air pollution—spill into neighboring states.

These industries are responding to state policy incentives when making strategic decisions about where to locate polluting facilities. Monogan’s analysis of wind direction and locations of air polluting industries allows researchers to test theories about state policymaking and gauge the impact of federalism on environmental protection.