The Inventor’s Award is for a unique and innovative discovery that has made
an impact on the community. 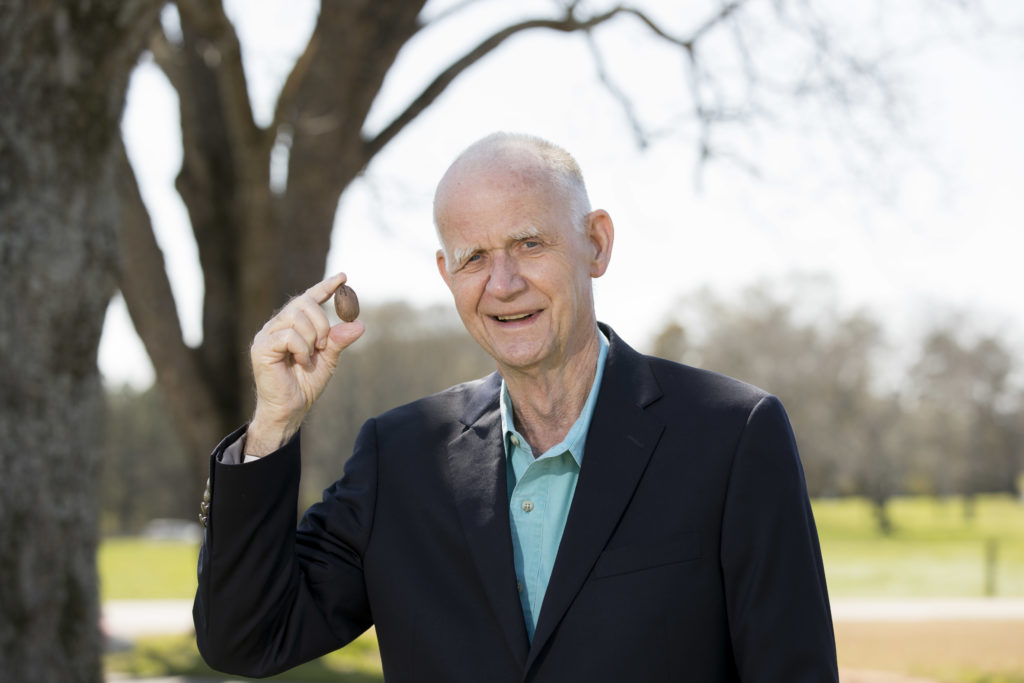 Darrell Sparks, a professor in the College of Agricultural and Environmental Sciences, is widely known as “Mr. Pecan” for his research in the physiology, management and development of new cultivars that contributed in large part to making Georgia No. 1 in pecan production. Over the last 10 years, he has patented eight cultivars in the U.S., the first in more than 50 years, that are grown under 24 license agreements.

A Georgia-based licensee said, “Dr. Sparks without a doubt has made the greatest contribution to the pecan industry of all the scientists devoted to pecan research … bar none.”

He was named Outstanding ­Researcher of the Year and was elected as a Fellow by the American Society of Horticultural Sciences. The College of Agricultural and Environmental Sciences awarded him the D.W. Brooks Award for Excellence in Research in 2001.

Sparks has published more than 500 scientific and popular articles and authored Pecan Cultivars: The Orchard’s Foundation.