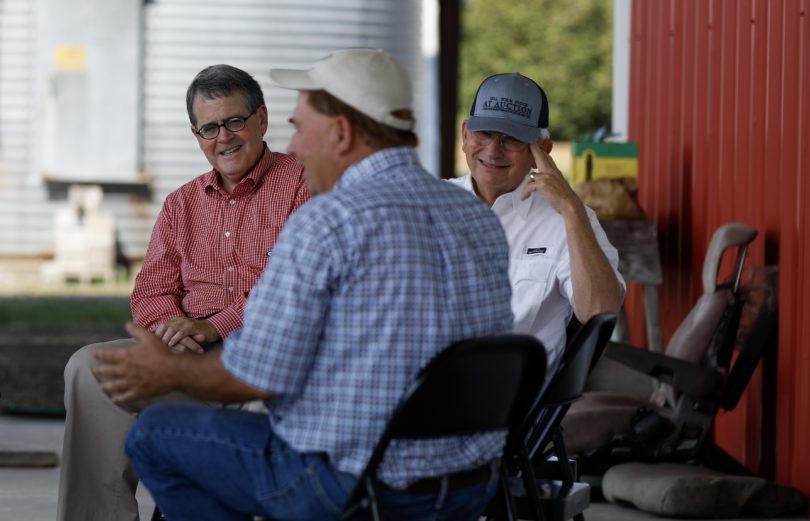 University of Georgia President Jere W. Morehead and Georgia Commissioner of Agriculture Gary Black were part of an annual farm tour that visited Southeast Georgia on Oct. 2 and learned about the diverse makeup of the state’s agricultural industry.

UGA’s College of Agricultural and Environmental Sciences Dean Sam Pardue, Vice President for Government Relations Toby Carr and members of the Georgia General Assembly also participated. The group visited farms and agricultural businesses to learn about various crops such as citrus, cotton, peanuts and poultry—all of which contribute to agriculture being the No. 1 industry in the state.

“It is inspiring to see the many ways UGA faculty and staff help Georgia’s farmers, whether through groundbreaking research or expertise shared by our county Extension agents,” Morehead said. “To see the great impact up close is very impressive.”

The 2019 Farm Tour marked the seventh year that Morehead has visited farms and connected with the state’s agricultural leaders. In an effort to fully understand the different challenges that Georgia’s producers face, the Farm Tour visits a different area of the state every year.

“To understand Georgia agriculture is to grasp the importance of its diversity in this state. When we start thinking about the Farm Tour and what part of the state we want to visit, we make an effort to travel to the different regions of Georgia. In doing so, we see something different each time,” Pardue said. “Last year it was pecans in Southwest Georgia, this year it was citrus and poultry.” 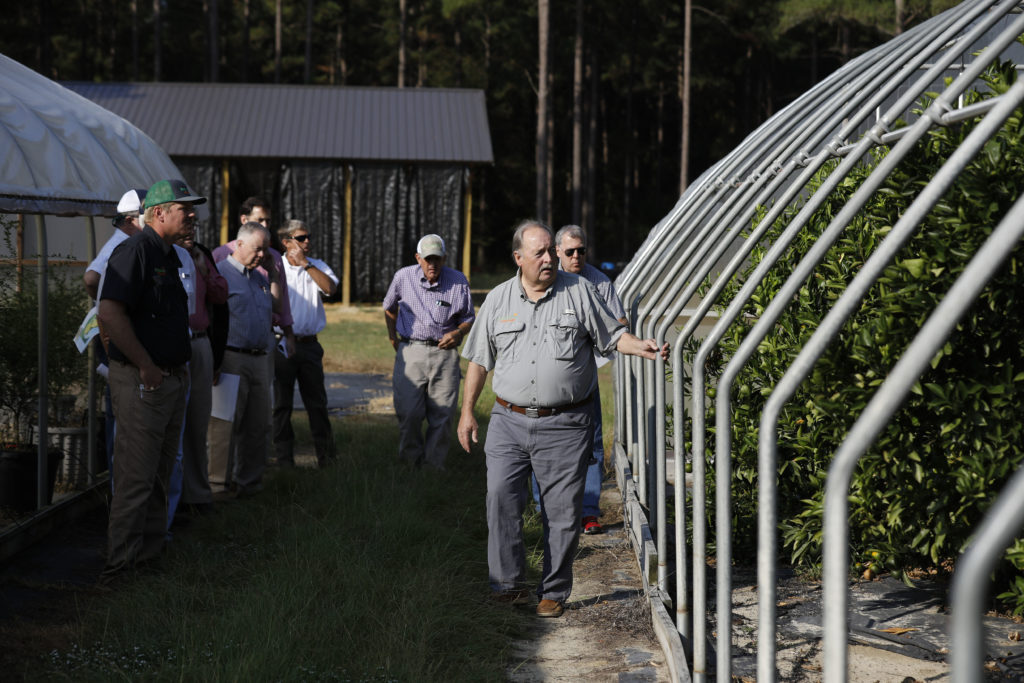 The tour started at Franklin Citrus in Statesboro. It is the largest citrus producer in Georgia and specializes in growing satsuma oranges. Satsumas are the most popular citrus grown in the state. Under the guidance of Jake Price, UGA Extension coordinator in Lowndes County, the expansion of Georgia’s citrus production started in 2013. As many as 70,000 trees were added this year.

The tour also traveled to Cromley Farms and Bulloch Gin in Brooklet to learn about cotton and peanut production. Georgia is one of the nation’s largest cotton producers, with 1.4 million acres planted this year, marking the third highest planted acreage of the past decade. Georgia is the No. 1 producer of peanuts in the United States. Georgia’s growers produce more than 45% of the nation’s crop, and 95% of Georgia peanuts are varieties developed by UGA.

The group visited Claxton Poultry in Sylvania to conclude the tour. The family-owned business sells 300 million pounds of chicken to restaurants across the country, according to its website, and is a big reason that poultry is the state’s largest commodity group.

“We are proud that we can continue these farm tours because they showcase the impact agriculture has on this state, while strengthening the relationship our farming community has with those who support it,” Black said.

To learn more about UGA’s College of Agricultural and Environmental Sciences, see https://www.caes.uga.edu.