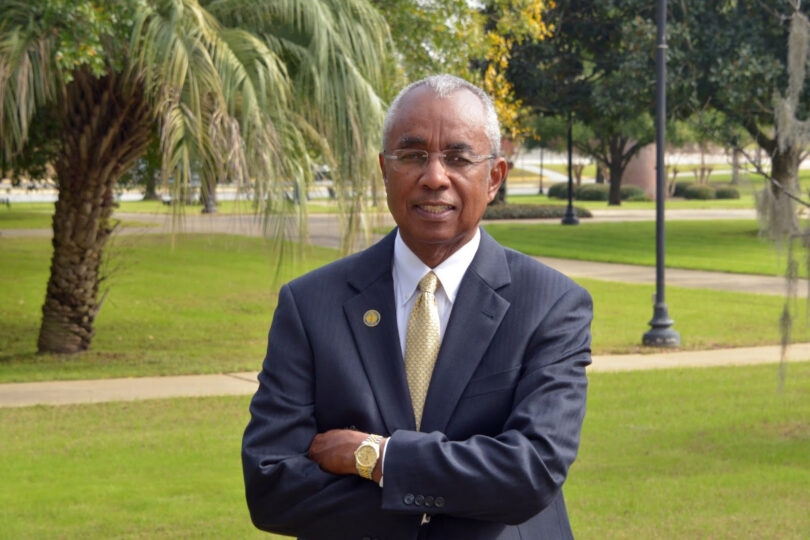 Arthur N. Dunning will give the keynote at the 19th annual Martin Luther King Jr. Breakfast.

Arthur N. Dunning, esteemed scholar, lecturer and author, will deliver the keynote address at the 19th annual Martin Luther King Jr. Freedom Breakfast. Hosted by the University of Georgia in collaboration with Athens-Clarke County and the Clarke County School District, the event will be held Jan. 14 at 8 a.m. in the Grand Hall of the Tate Student Center. The theme for this year’s event is The Power of the Dream: Footsteps of Courage.

Dunning was named interim president of Albany State University in December 2013 and was appointed president in November 2015 by former University System of Georgia Chancellor Hank Huckaby.

As president, he focused on recruiting academically talented students and developing programs to help students remain in college and thrive until graduation. He championed academic rigor, increasing financial support in the academy through endowments and scholarships, high-quality customer service and economic development.

Dunning led the consolidation of Albany State University and Darton State College and became president of the new university. A veteran administrator, scholar and lecturer, he has a distinguished track record in higher education in Alabama and Georgia. He has also worked and traveled in more than 30 countries. His portfolio includes experience in international education in East and Southeast Asia where he worked as a civilian chief executive officer for the U.S. Department of Defense Dependents Schools in Thailand.

Prior to serving as president of Albany State University, Dunning served as vice chancellor for international programs and outreach for the University of Alabama System in Tuscaloosa.

In higher education in Georgia for nearly 35 years, Dunning served in key leadership positions. He served as vice president for public service and outreach at the University of Georgia; dean of graduate studies and sponsored research at Kennesaw State University; and senior vice chancellor for human and external resources at the University System of Georgia.

The Alabama native earned his bachelor’s, master’s and doctoral degrees at the University of Alabama.

In 2021, Dunning published “Unreconciled: Race, History, and Higher Education in the Deep South.” In his book, Dunning recounts his experiences confronting community racism and stereotypes throughout his life, first as an African American man growing up in Alabama during the Jim Crow era, and later as he led the merger of Albany State and Darton State College in 2017.

Tickets are $25 for individuals, or $200 for a table of eight, and are available for purchase online. Tickets will not be sold the day of the event, and initial ticket sales are limited to one table. To request additional tables, please email Kristin Roberts at diverse@uga.edu.