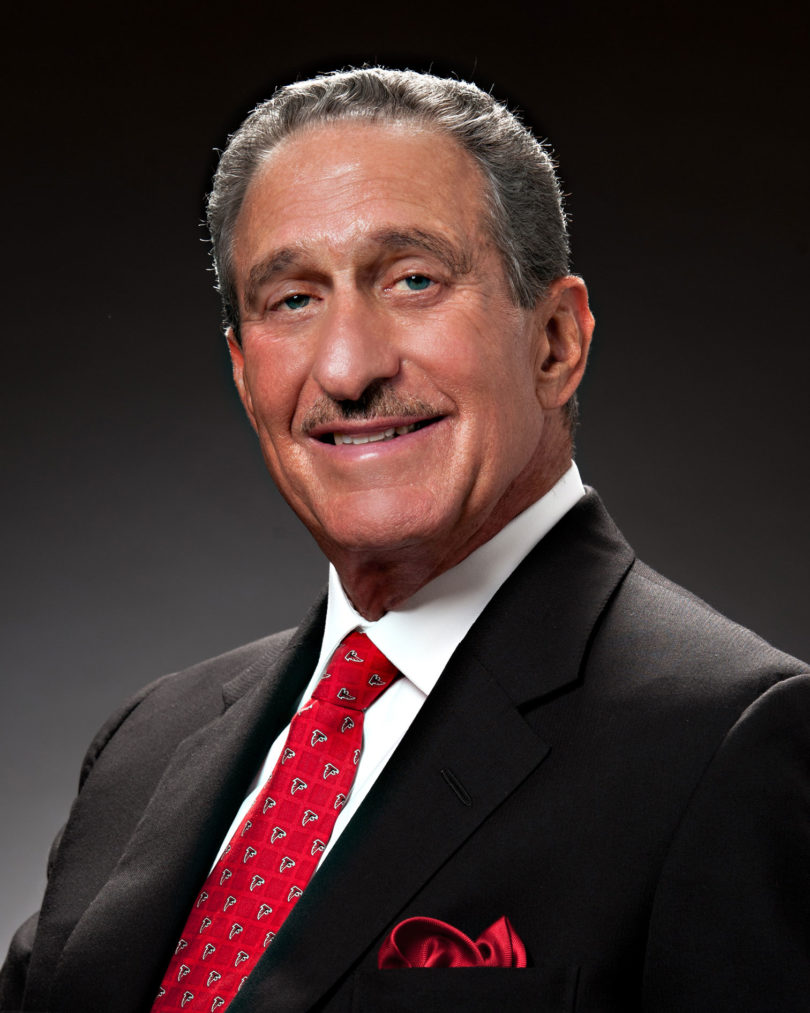 Athens, Ga. – Approximately 2,265 University of Georgia students will be eligible to receive degrees at the 2012 fall semester Commencement ceremonies on Dec. 14 in Stegeman Coliseum.

Almost 1,800 students will be eligible to participate in the ceremony for undergraduates at 9:30 a.m. Arthur M. Blank, owner and CEO of the Atlanta Falcons and co-founder of The Home Depot, will be the speaker.

Following his retirement from The Home Depot, Blank purchased the Atlanta Falcons in 2002 and instituted significant changes that created renewed excitement among fans across the Southeast. Now in his 11th season, Blank has distinguished himself as an innovative owner, allowing him to attract and retain sought-after executives, coaches and players in the NFL.

Along with his ownership of the Falcons, the Blank Family of Businesses portfolio includes The Arthur M. Blank Family Foundation, the Atlanta Falcons Physical Therapy Centers, the PGA TOUR Superstore, Mountain Sky Guest Ranch in Montana and AMB Group, the parent company of his for-profit ventures.

During the ceremony, the university will award an honorary degree to Blank for his philanthropic commitments and contributions to UGA and the state of Georgia.

Tunji Adebayo of Lagos, Nigeria, will be the student speaker during the undergraduate exercises. Adebayo will receive a bachelor’s degree in dietetics from the College of Family and Consumer Sciences.

During the undergraduate ceremony, Kelly Ann King of Covington will be recognized as a First Honor Graduate for maintaining a 4.0 cumulative grade point average in all her work attempted at UGA. King will receive a bachelor’s degree in biological science from the College of Agricultural and Environmental Sciences.

An estimated 450 candidates for master’s, doctoral and specialist in education degrees will be eligible to participate in the graduate ceremony at 2:30 p.m. Fran Teague, a long-time UGA faculty member who holds a joint appointment in the department of English and the department of theatre and film studies, will address the graduates and guests.

Joining the English department at UGA in 1977, Teague moved up the ranks to professor in 1991, and, in 2003, she was named a Josiah Meigs Distinguished Teaching Professor, the university’s highest teaching honor. She received the University Professorship in 2011, the 25th faculty member to receive the honor.

Teague has been a strong advocate for more opportunities for students to read and write-regardless of their academic disciplines. She has served on many committees and task forces over the years, in particular the Task Force on General Education and Student Learning and the subsequent Task Force on Writing, which she co-chaired.

Teague came to UGA from the University of Texas at Austin, where she earned her doctoral degree in English literature and was an instructor. Her bachelor’s degree in Latin and honors English is from Rice University.

Tickets will be required for attendance at the undergraduate ceremony, with six being provided to each graduating student. Both ceremonies will be broadcast live on channel 15 of the university and Charter cable systems and streamed live at http://www.ctl.uga.edu.