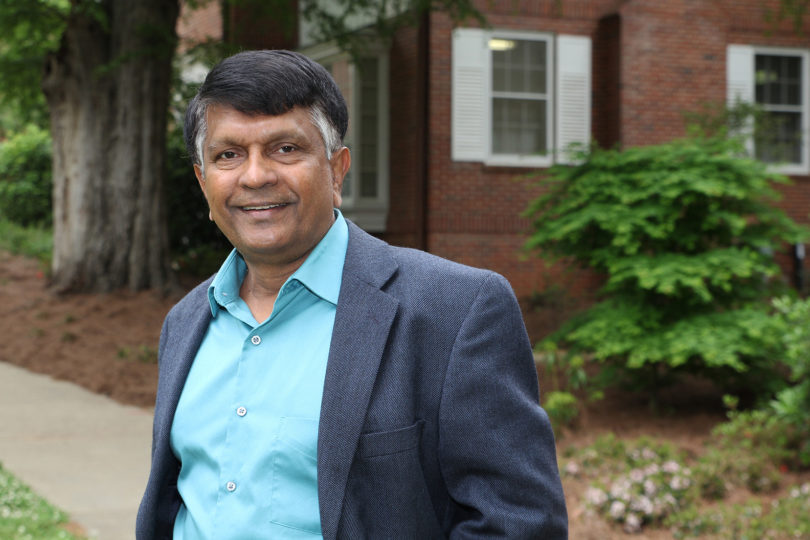 Baby boomers’ marital relationships and health during their transition to later adulthood are the focus of a new UGA study funded by a five-year, $2.5 million grant from the National Institutes of Health.

The study will examine continuity and change within couples’ relationships over 30 years and how chronic stressful experiences—such as financial, work and marital difficulties—affect mental and physical health outcomes in elder years.

Kandauda “K.A.S.” Wickrama, a UGA Athletic Association professor in the College of Family and Consumer Sciences’ department of human development and family science, is the principal investigator on the project, which continues research with nearly 400 couples who have participated in the Iowa Youth and Families Project since 1989.

The data assembled under these earlier waves will be augmented by a third project, a genome-wide association study, which collected genetic data from the same participants. The genetic biomarkers of the participants will add a potentially groundbreaking set of data to an already rich study, Wickrama said.

“Research has shown that chronic stressful experiences really make dysfunction in the physiological system, leading to chronic health problems like hypertension, diabetes and obesity as well as mental disorders,” he said.

Co-investigators on the grant are Steven Beach in the UGA department of psychology and Catherine Walker O’Neal, a postdoctoral research associate in the department of human development and family science. Researchers at Iowa State University will collect data from the Iowa couples as part of the study.

“The current project focuses on the ways that healthy marriages can support the healthy attitudes and habits that will shape couples’ ability to negotiate health challenges as they appear,” Beach said. “This has the potential to guide the development of new interventions to strengthen marriage as couples age and also ways to help keep spouses healthy.”

The study will be the first able to link observed marital interaction to future changes in health in older couples, according to Beach.

“This provides an opportunity for key tests of theory and new ideas about how to help couples, protect relationships from the impact of economic adversity and maximize their positive influence on future health,” he said.

During his time at Iowa State University, Wickrama was part of the earlier waves of data collection led by Rand Conger, now with the University of California, Davis, and his research team following the economic hardships that affected many of the participants during the farm crisis in the 1980s. Roughly half the study participants are farmers from rural Iowa.

“Adding two new waves of data to these past waves provides a wealth of prospective data on men and women as they currently transition through the retirement years,” Wickrama said. “There is a large cohort of baby boomers in the United States entering their elder years, and they will experience many health problems. It’s very important that we study this group of elder people.”