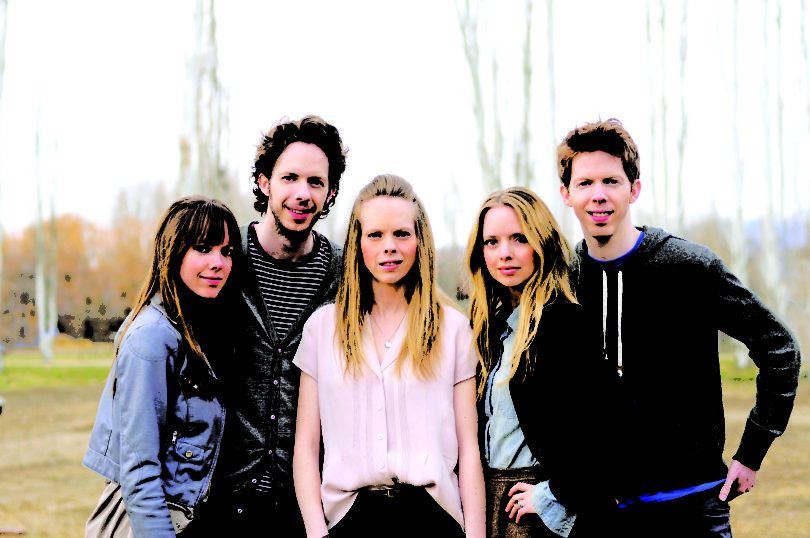 The 5 Browns will perform Dec. 8 at 8 p.m. in Hodgson Concert Hall. The siblings all attended New York's Juilliard School

Athens, Ga. – The University of Georgia Performing Arts Center will present The 5 Browns Dec. 8 at 8 p.m. in Hodgson Concert Hall. The piano-playing siblings will perform a special holiday program of sacred and secular favorites that will include “Carol of the Bells,” “Ave Maria,” “Christmas Time Is Here,” “Nutcracker Suite” and “Greensleeves.”

The 5 Browns have released three CDs that each went to No. 1 on Billboard magazine’s Classical Album Chart. The New York Post has said: “One family, five pianos and 50 fingers add up to the biggest classical music sensation in years. When these kids do Rachmaninoff, they’ll make you forget about Marshall amps.”

The quintet continues to garner media coverage with appearances on “The Tonight Show with Jay Leno,” “Good Morning America,” “Today” and “The View” and features in The New York Times, the Los Angeles Times and the London Sunday Telegraph. Entertainment Weekly called them “five young Mormons who all play scorching piano. Thundering down on five Steinways together, they’re button-down cute and somewhat otherworldly.”

The 5 Browns tour extensively and have performed in venues around the world including the Grand National Theater in China, Suntory Hall in Japan, the Kimmel Center in Philadelphia, Symphony Hall in Chicago and Alice Tully Hall in New York City.

The concert will be recorded for broadcast on American Public Media’s Performance Today, heard by 1.4 million listeners across the country.